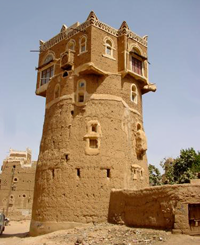 Jehovah's Witnesses are Christians who follow Jesus Christ and have faith in the sacrifice that he made. They try to emulate Christ's example by teaching and preaching to those around them. The name of the Church is based on the belief that the name of God is Jehovah, as stated in the bible. A witness is one who proclaims the truth and knowledge he is convinced about. So, the name Jehovah's Witnesses denote their church as one that witnesses the truth about God. Jehovah's Witnesses believe theirs is the only true faith. This is based on scripture that says there is one faith, one baptism.

The church began with a small group of bible students near Pittsburgh, Pennsylvania in the late 1800's. They were initially known as the International Bible Students. They began publishing a bible journal called "The Watchtower Announcing Jehovah's Kingdom" in 1879. In 1931 the church adopted the name, Jehovah's Witnesses.

Charles Taze Russell is credited with being the founder of the church. Russell began his life as a Congregationalist, became Agnostic trying to convert an Atheist to Christianity and then followed Adventism. Russell mixed doctrine of the bible with Adventism and taught it to the early followers. He predicted Jesus would return to earth in 1914 and when it didn't, he claimed that Christ had made an invisible return.

The organization is modeled on first-century Christianity where there is no division of clergy and lay person. All baptized persons are ordained ministers and share the responsibility of teaching and preaching. Congregations are made up of 200 members and are led by spiritually mature men called elders. There is a group of elders that oversee each congregation. Congregations meeting in a building they call a Kingdom Hall. A group of 20 congregations make up a circuit and 10 circuits make a district. The overall church is overseen by a governing body that is located in Brooklyn, New York.

Baptism into the church occurs when one is of reasonable age to who is able to make an informed decision. They believe in baptism by full immersion. As of 2009, there were 105,209 Jehovah's Witnesses congregations worldwide. Members generally worship twice a week; once on Sunday and again at a weeknight meeting.
They allow people of any race or ethnicity to join their church and will not support any group that is motivated by racial or ethnic hatred. They do not shun members who have become inactive, but reach out to those who have strayed. Members can be disfellowshipped for being unrepentant for sins such as drunkenness, stealing or adultery. A disfellowshipped person is avoided by church members in order to be protected from their bad influence. This is based on the bible verse that says to "remove the wicked from among yourselves."

Jehovah's Witnesses are caught up in witnessing their work. The average member attempts to fit in 60-100 hours a month of missionary work. The church headquarters logs the hours of annual missionary work. They talk to people they meet and hand out copies of their literature. They invite interested people to attend bible study to learn more of their doctrine. When a person joins their church, they are expected to become missionaries themselves.

They believe that husbands and wives should treat each other with respect. Children should be taught respect, morality, integrity, and dependability. They believe that all families can benefit from the teachings of the bible. Interfaith marriages are allowed and they feel children of these marriages should learn the religious views of both parents. Divorce should only be allowed when there have been sexual relations outside of the marriage by one of the partners. Separation is acceptable in the event of physical abuse. Divorce or separation is the decision of the partner that has been wronged.

Jehovah's Witnesses believe the bible was corrupted over the centuries and have re-translated the bible into what they call the "New World Translation." This translation is more in line with their doctrine than what the King James Bible is. Independent thinking among members is discouraged and they are taught to follow the scriptural interpretations their leaders have put forth through the "Watchtower" publications.

The basic beliefs of the Jehovah's Witnesses are:

Blood Transfusions - Jehovah's Witnesses do not believe in having blood transfusions, so this limits what kind of surgeries can be performed on them.

Political Neutrality - Jehovah's Witnesses follow what they say are the examples of Jesus and first-century Christians to not share in the politics or wars of any country. They remain neutral in all political matters, never favoring one side over another. The exception is when a government takes action they believe is forbidden by God's higher law. They do believe they should be model citizens and cooperate with the lawful government of the land.