For certain is death for the born, and certain is birth for the dead, therefore over the inevitable, thou shouldst not grieve.
- Bhagavad Gita, Chapter 2 Verse 27

Hinduism is the term used to describe a vast collection of loosely-related faith practices and philosophynative to the Indian subcontinent. The practices described below are popular but not definitive or even inclusive of most Hindus.

There is something sacred or blessed about the very geography of the Indian subcontinent. There might ultimately be one Almighty God. He has three most powerful forms: that of Brahman, the Creator of All; Shiva, Destroyer of All; and Vishnu, Preserver of All. This Almighty God also takes other forms, and popularly the forms are numbered as 330 million, and many forms act as individual deities. Some Hindus say that there are many gods and yet only an Almighty God; or some just say there are many gods and say nothing of an Almighty God. This is a difficult concept for non-Hindus but sensible to Hindus.

After death one’s soul (spiritual essence) leaves one’s body and migrates into a new body. This is called samsara (reincarnation).

The design of the universe contains an inherent and personal dharma (duty) for each creature; it is beneficial to recognize and accept this duty. Dharma changes in every incarnation of a soul. The desig of the universe contains an inherent system of applying merit based on a creature’s adherence to its dharma; this system is called karma. Karma stays the same as a soul reincarnates.

There is a form of enlightenment which by means of which one can escape samsara and join Vishnu. This enlightenment involves recognizing maya (illusion) and thereby achieving moksha (enlightenment).

Vishnu loves humanity and wants humanity to seek Him. He incarnates Himself on earth periodically when righteousness declines and unrighteousness increases; while on earth he then augments the former and combats the latter.

Three of Vishnu’s latest forms have been Rama (born 7400 BCE), a dutiful warrior whose story is contained in the epic Ramayana; Krishna (born 3200 BCE), an intensely physically and mentally attractive cowherd and prince whose story is told in the epic Mahabharata; and Buddha (born 560 BCE), founder of Buddhism.

There is an associated concept of caste relating to Dharma; this concept may or may not have been radically altered by British occupation. Strictly speaking, only Hindus have caste, but in social practice, many classes of society from all religions exhibit intercaste formality.

Hindu tradition has been the formative background for the nurturing of other religions, notably Zoroastrianism (through Parsis), Buddhism, Sikhism, and Jainism. Historically, these faith systems and Hinduism itself have produced some of the highest philosophical treatises on the topic of peaceful living. None of these other religions have any basis in Hinduism; they were founded separately from Hindu religious influence.

It is not the case that one form or teaching of Vishnu is most important; it is one’s dharmawhich directs one to glorify Almighty God in the appropriate way. However, Rama and Krishna are wildly popular. 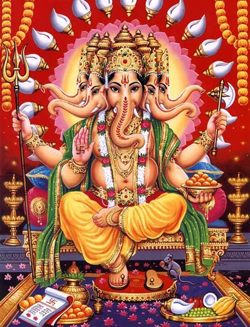