Taoism, also known as Daosim, emphasizes harmony between humans and the natural world. It is a religion native to China and dating from 550 BCE – 400 BCE. Lao-zi, whose name means "Old Boy," is the purported founder of Taoism. His book, Dao de jing (Classic of Tao), is simultaneously a powerful and ambiguous work containing phrasing with multiple meanings in its expounding of issues such as ethics, cosmology, epistemology, politics, and spiritual and material fulfilment.

The Chinese word “tao” means “way,” and Taoism is a system which promises to teach the best way to do all things. To practitioners, the fact that its date of founding and its founder are lightly recorded in history is trivial. Taoism specifies no belief in an Almighty God but does assume sentient spiritual beings. It emphasizes right actions but does not proscribe many beliefs.

Following the Tao means making choices that are most wholesome, most natural, and most beneficial. The Tao is without purpose; its followers react to situations without having specific expectations or desires to mold them. An analogy from the Dao de jing is that one should seek to resemble an uncarved stone. Where Western tradition argues about varying degrees of free will versus destiny, Taoism teaches that neither are significant and that humankind should live in a constant state of full and un-tapped potential. 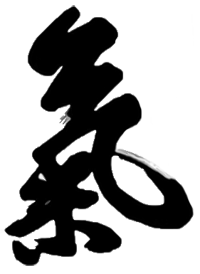 Tao spiritual tradition describes an all-pervasive force called qi (Chi), which means energy or breath. Qi itself has two states, one corresponding to inhalation (yin) and one to exhalation (yang). By this metaphor the connectedness of other opposites can explained; the proper balance of anything is the Tao as there is a correct ratio of all coexisting opposites which are necessary for the sustenance of life. Examples of other opposites include male and female; activity and rest; hot and cold.

There might be ways to harness qi and use it to enact material-world changes; the holistic health philosophy of Tai Chi refers to this power in its very name, as does the fullness of its martial tradition Tai Chi Chuan. Feng Shui is a system of material-world organization which permits qi to flow and eddy throughout a particular location without becoming stagnant and deleterious. Acupuncture and other Chinese medical traditions regulate the ebb, flow, and balance of qi. All of these practices stem from traditions dating back thousands of years, but none of these have been universally popular or systematically practiced throughout that entire time span.

Taoism most readily differentiates from Confucianism, its geographic and cultural neighbour, by its emphasis on spirituality. Ancestor veneration in Taoism is believed to bring auspicious divine intervention more than simple self-betterment.

Taoism is not associated with any institution or authority; in fact, most practitioners have incorporated Taoist traditions into their lives without separating their cultural traditions from the Taoist faith traditions. Taoism is a part of Chinese folk tradition and has an open canon. It is being and will continue to be adapted to changes associated with each generation.

A more in dept view at Taoism can be found in The World's Religions by Huston Smith available in the ULC catalog.