Intelligence may control the mechanism of civilization, wisdom may direct it, but spiritual idealism is the - Urantia Book, 81:6 (page 909)

New Age refers to a movement through which spirituality comes under investigation by science with positive findings. Science can be defined as the compilation of subjective real-world events into objective numerical data for the purpose of interpreting past events and with the hope of predicting future events. Traditional sciences, which stem from physics, measure things in the material realm. The New Age movement is intimately associated with a branch of science called “metaphysics,” which measures things in the spiritual realm.

New Age does not yet have a canon and instead has preserved its tradition over the centuries with continual rewriting of concepts to better benefit different time periods. The texts that would potentially be in the canon, such as the Confucian Yi-jing (called I Ching or Classic of Changes), the ancient Egyptian mathematical theory from the Book of the Dead, Jewish Kabbalah’s Zohar, Hindu Vedanta practices from the Upanishads, and other applications of scientific method to spirituality are currently studied in concentrated geographical areas. There is a major concern in that much of the knowledge of primal traditions – sometimes called “pagan” – is not currently accessible through books or the Internet.

The New Age movement is currently dispersed in the sense that no one organization has made enough of a significant contribution to achieve wide renown. Almost all successful New Age practitioners are talented individuals associated with either small schools or churches, private research firms, or simply their own family or community.

A common teaching within New Age faith is that all beings have a spiritual essence. This essence may either be personal to an individual – as in notions of Ancient Egyptian ba, Hindu atman, or the soul of Abrahamic traditions - or it may be an actual fragment of the Creator’s infinite spiritual essence – as in the notion of Buddha-nature.
There is extreme variation of teaching otherwise, but the care of spiritual needs often is as much of a priority as intellectual or bodily interests.

Some practitioners within the New Age movement believe in the material form of the Creator’s most devoted celestial servants; this is in contrast to most other faith traditions which hold that beings such as angels or devas are primarily spiritual entities.

Those who benefit from New Age are typically those who best balance intuition with science. Science demands that all practices follow a method; generally, if a given practice can be taught, learned, or transferred from one person to another, then it is methodical and therefore metaphysical. If a given practice is unique to an individual then it probably is not metaphysical, and might better be classified as spiritual in some other sense. 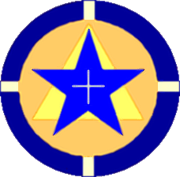