Primal indigenous religion, although not a single, organized religion, accounts for the belief systems of 300 million people in Africa and Asia. These religions are the outcome of traditional, native world views and infiltrate every aspect of the lives of whom they are practiced.

Due to variations in tradition, region, and ethnicity, there are many surface differences between the diverse primal religions, though they share basic overlying concepts. Anthropologists and academics have previously compared primal religions to paganism, shamanism, and animism, and while they do share similarities, these comparisons have largely been abandoned.

Followers of primal indigenous religions are henotheistic, that is, they worship one god while acknowledging the existence of others. God dwells within all things and all things are spiritual in nature. All of existence is thought to be connected, including life and death, humans and animals, the physical world and spirit world, etc.

As mentioned, primal religions do not discern between the physical and the spiritual, nor is there a hard distinction between worship and other day-to-day activities of life. Living in and of itself is a spiritual act - the duties of each day are so intertwined with nature and the earth that they are regarded as spiritual, as opposed to compartmentalizing life in to "work", "leisure", and "worship". The primal concept of time is also different - time is not linear as western cultures think of it and instead the idea of "timelessness" is accepted. Rituals are enacted as performances of the original act and are ever-present and thus link individuals to the eternity through the present. 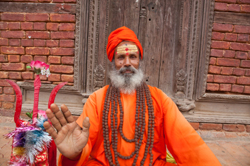 Cultures who practice tribal indigenous religions are generally pre-literate and lack written language. Their beliefs and traditions are orally disseminated, usually through stories. These stories are passed down through the generations to explain the origin of man, nature of God, and explanations of the world's workings. Often these stories are tied to the region in which they are told, as followers are closely tied to the earth and the locale in which they live.

Rites of passage are of great importance in these societies, as is the concept of liminality, the state of transition between various rites of passage. Rites of passage are distinguished by rituals, which play a large role in tribal life. The tribe, which extends beyond just persons and includes nature, animals, and objects both animate and inanimate, is central to the individual's sense of self.