There is no god but Allah (Almighty God) and Muhammad is His prophet.
- Shahada (Creed of Islam) 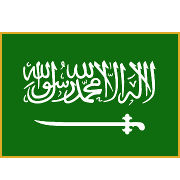 Islam is a religion which traces its founding to an agreement which Allah (Almighty God) had with Ibrahim, (Abraham), in 2000 BCE. Since then, Allah established a final covenant through a final prophet Muhammad, born 570 CE. This covenant involves respect for Allah’s instructions contained verbatim in the Qur’an as given to Muhammad; in return Allah promises infinite reward in Jannah (a paradise garden) after death. Most Muslims believe that Allah will punish in a finite way those who did not accept the covenant in this life, after which comes the possibility of entering Jannah.

Muslims have in common five practices, known as the Five Pillars of Islam. These are the following:

The consensus is that each of these practices is beneficial to oneself and to one’s community, and therefore pleasing to Allah. Also note that each one of these practices is intimately connected with education, as the Shahadah and salat must be backed with understanding; the zakat must be used in a maximally economical way; the Ramadan is a time for study; and the Hajj is an intellectual as well as spiritual learning adventure.

Importance of Messenger and Location

All Muslims believe that Muhammad presented the Qur’an to the world in a perfect way; the majority of people would not otherwise argue that Muhammad was divine. Most people believe that Allah chose Muhammad to bear the Qu’ran, and other than that, he was simply a righteous man like other prophets.

Mecca is a city of historical significance to Muslims and it is prominent as a place from which Allah chose to deliver his message to mankind. In Mecca there is al-Masjid al-Haram (The Sacred Mosque) which contains the Kaaba. Ibrahim and his firstborn son, Ismail, built the Kaaba with explicit instructions from Allah. It is the holiest site in Islam, and Muslims face the Kaaba when praying.

Islam is legalistic, as is its historical tradition from People of the Book (Jews and Christians). The major sects tend to integrate beliefs formally into the laws of society, and sometimes seem to view Allah as a director of worldly affairs through human devotees rather than as a personally intervening entity. There are other sects of Islam, notably the Sufis, who more often experience Allah in a direct way through spiritual communion.

Islam has no central authority. While Christianity and Judaism – the previous Abrahamic traditions - also claim to have unadulterated Word of God, Islamic belief is much stricter about propagation of the Word in that the Qu’ran is untranslatable from the original Arabic. All attempts to publish the Qu’ran in other languages are flawed, and therefore its interpretation solely as an Arabic text is more evident and requires less commentary.