Now the two primal Spirits, who reveal themselves in vision as Twins, are the Better and the Bad, in thought and word and action. Between these two the wise ones chose aright; the foolish not so.
- Avesta: Yasna 30 Ahunavaiti Gatha, verse 3

Zoroastrianism is a religion founded in Persia (Iran) by Zoroaster (Zarathushtra) sometime between 1200-600 BCE. It is a religion which promised salvation in exchange for right belief based on the teachings of a closed religious canon; historically, however, many original scriptures were lost when Iskandar (Alexander the Great) attacked Darius III’s Persian Empire in 330 BCE.

It is a faith system which treats human devotion to asha (truth and righteousness) as the necessary precondition to bring about Ahura Mazda’s (Almighty God’s) destruction of evil.

Ahura Mazda created the universe from nothing and made humankind desirous of good but ignorant of asha, the truth. There is something profound and valuable about the act of seeking asha; furthermore, it is within the ability of humankind to do so.

There is a foil to Ahura Mazda’s infinite goodness, and it is a finite evil entity or lie named Angre Mainyu. These two entities also have a set of spiritual underlings, Mazda’s being the ahuras and Angre Mainyu’s being the daevas (compare Vedic Hindu tradition, which reverses these roles). Mithra is the leader of the ahuras, and is like a leader of an angelic order.

The Avesta is the primary collection of sacred texts of Zoroastrianism and it charges readers to seek asha. It teaches that, upon simple reflection, one should realize that Ahura Mazda is good and that humankind is integral and potent in the overcoming of Angre Mainyu. The start of this battle between moral spirits is in finding wisdom; upon prayerful request, Mazda will aid His devotees to that end.

Mazda typically executes His spiritual designs for humans through Fravashi, or guardian angels. This is comparable to His executing His material world plans through humans themselves. Ultimately, human efforts will banish evil and unrighteousness from the material world.

There is a judgment for humans to determine residence in one of two spiritual planes in the afterlife. After death, a person crosses the Bridge of the Separator and enters either the Abode of Songs and exists in asha; otherwise a person enters the House of Lies and exists without asha.

During the Islamic conquest of Persia around 650 CE many Zoroastrians were displaced to India, where Zoroastrianism lives today through the Parsis and Iranis in India as well as the communities who stayed in Iran. Despite geographical separation for an extended period of time, most members of Zoroastrian faith remained true to its precepts and today the religion is not formally sectarian.

Zoroastrian culture teaches equality of all humans regardless of born traits or religion. Environmental concerns are historically also a cultural devotion. 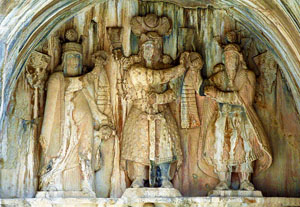