Agnosticism is the faith system associated with material science (physics) and strict mathematical logic. It is a non-exclusive faith system in that it can be paired with any other number of religious beliefs at the user’s discretion.

Belief in spirits almost always includes a belief that the spiritual realm and the physical realm will, on occasion, interact with each other. Agnosticism is a faith system which actively seeks this interaction. A person who looks for evidence of the interaction is an agnostic; if the evidence is convincing, then presumably the agnostic would change belief system to whichever religion exposed the interaction between realms. If the evidence is not convincing, then the agnostic would remain agnostic. Note that an agnostic is not an atheist, but that an agnostic might convert to atheism in the same way that conversion to any other religion is possible: the agnostic would need to find convincing evidence supporting the adoption of that faith system.

There are no universally known scientific tests for disproving the existence of spiritual things; therefore, atheism is a religion based on faith. There are atheists who have found sufficient evidence of spiritual things despite knowing that there are no deity figures within the spiritual realm. These atheists are not categorized, but some religions which have branches teaching of an all-pervading non-sentient force include Buddhism, Hinduism, various primal faith systems, and branches of Neo-paganism such as Druidism, Shamanism, and Wicca.

Many people who are professed atheists are upset due to perceived injustices perpetuated by religious organizations. A common belief of atheists is that all known religions must be invalid by virtue of their causing mankind more harm than good. There are statistical tests for supporting this claim; however, such tests will never be conclusive and will always have a certain obvious degree of subjectivity in their interpretation.

Some atheists chose their belief out of simple personal preference, preferring not to elaborate on causality. This habit can be found in all religions, and is not unique to atheists. 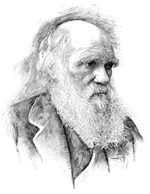 "It appears to me (whether rightly or wrongly) that direct arguments against Christianity and theism produce hardly any effect on the public; and freedom of thought is best promoted by the gradual illumination of mens' minds which follows from the advance of science." [Darwin]

"If we believe absurdities, we shall commit atrocities." [Voltaire]

"I cannot imagine a God who rewards and punishes the objects of his creation, whose purposes are modeled after our own -- a God, in short, who is but a reflection of human frailty. Neither can I believe that the individual survives the death of his body, although feeble souls harbor such thoughts through fear or ridiculous egotism." [Einstein]

"Faith means not wanting to know what is true." [Nietzsche]

"I cannot believe in the immortality of the soul.... No, all this talk of an existence for us, as individuals, beyond the grave is wrong. It is born of our tenacity of life - our desire to go on living... our dread of coming to an end." [Edison]

"The Bible is not my book nor Christianity my profession. I could never give assent to the long, complicated statements of Christian dogma." [Lincoln]

"Religion is a byproduct of fear. For much of human history, it may have been a necessary evil, but why was it more evil than necessary? Isn't killing people in the name of God a pretty good definition of insanity?" [Arthur C. Clarke]

"Religions are all alike – founded upon fables and mythologies." [Thomas Jefferson]

"Say what you will about the sweet miracle of unquestioning faith, I consider a capacity for it terrifying and absolutely vile." [Kurt Vonnegut] 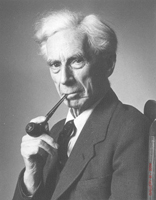 "Religion is based . . . mainly on fear . . . fear of the mysterious, fear of defeat, fear of death. Fear is the parent of cruelty, and therefore it is no wonder if cruelty and religion have gone hand in hand. . . . My own view on religion is that of Lucretius. I regard it as a disease born of fear and as a source of untold misery to the human race." [Bertrand Russell]

If you are interested in atheism ULC Catalog offers the Atheist Universe: The Thinking Person's Answer to Christian Fundamentalism by David Mills.

Some people have a total lack of faith system, neither believing nor disbelieving in a spiritual realm but they are few and far between. The fact that these people are so rare is a matter of intense curiosity. There is strong evidence supporting the notion that there is something inherent in the human design which makes practically all people question whether or not a spiritual realm exists, if they doubt its existence at all.