U.S. president Barack Obama's announcement ordering the Department of Defense to stop defending the Defense of Marriage Act, and the current effort underway in New York State to legalize same-sex marriage, are just two recent signs that attitudes toward same-sex marriage are changing in the United States. However, this newfound tolerance may not be without historical precedent. Recently, the ULC Monastery unearthed an article from The Nation on a book by historian John Boswell about sacramental same-sex marriage in the early Christian church. Contrary to popular opinion, the church may not have always been so averse to the idea, and Boswell attempts to make this point in his book.

In his 1994 book, entitled Same-Sex Unions in Premodern Europe, Boswell looks at the institution of marriage in the late classical and early medieval periods, making the argument that the early church probably did recognize unions of romantic love and commitment between members of the same sex. Bruce Holsinger, who wrote the review, points out that Boswell discovered a remarkable eighty manuscripts describing the ceremony, which reached its full flowering as an "office" by the twelfth century. He quotes Boswell as saying that the ceremony typically involved "the burning of candles, the placing of the twoparties' hands on the Gospel, the joining of their right hands, the binding of their hands . . . with the priest's stole, an introductory litany . . . crowning, the Lord's Prayer, Communion, a kiss, and sometimes circling around the altar". These ceremonies, he argues, were remarkably similar to heterosexual marriage ceremonies, suggesting the two were on equal footing.

Boswell follows a rigorous methodology, as Holsinger asserts: he does not dive impetuously into his thesis, but starts with a comparative study on the "vocabulary of love and marriage" in the modern and premodern West, and considers the influence of the classical world and classical views of love on medieval institutions. He eventually describes the ceremonies and compares these with their heterosexual counterparts, gradually building up his argument that the church made room for both within the institution of sacramental marriage. He also explains that modern conceptions of "gay" or "marriage" would have been alien to ancient and premodern peoples, showing a commitment to avoiding anachronisms. On top of this, Boswell includes several addenda almost 100 pages long at the end of his book in which he provides numerous examples of the early documents he uncovered during his research. 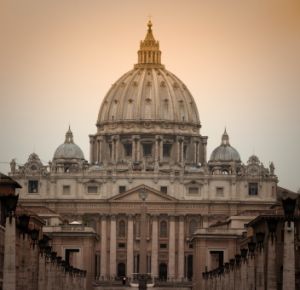 Same-Sex Unions raises some interesting questions. According to Holsinger, Boswell's

descriptions of same-sex ceremonies involve mostly men, prompting one to ask, where are all the lesbians? Why are they so rare and elusive? One explanation is that such ceremonies drew on a phallocentric Greco-Roman legacy of "male bonding", in which relationships between men and men are elevated above relationships between men and women out of a belief that men, and thus male company, are superior to women. This is the diametrical opposite of the view that gay men are more comfortable with femininity, and defy stereotypes about manhood an attempt, perhaps, to co-opt male homosexuality and distort its purpose in order to justify patriarchy. (One wonders why the church is not still employing this bizarrely contrived "male sexual brotherhood" tactic to stress male authority perhaps because they have to stress heterosexual authority too.)

Another question the book raises is why the Roman Catholic Church (or any other Christian denomination for that matter) should embrace homosexuality initially only to reject it as an abomination in later ages. A possible answer is that, as the centuries progressed, the church developed a more patriarchal power structure sustained by rigid sex roles which required men to dominate women sexually, economically, and politically, and things like same-sex affection and women priests only frustrate this effort. (Obviously the role of a priest who has taken a vow of celibacy will be to wield political and social, not sexual, control, and he will expect his male lay members to be more magisterial with women in intimate matters.)

These are just hypotheses, and there are without a doubt many others, but they force us to ruminate on how and why the church should have abandoned such a progressive and rational attitude about the meaning and purpose of love, sex, and marriage.

Given the growing acceptance of heteronormative sexual practices, one might think the modern-day Roman Catholic Church would embrace homosexuality in order to market itself and gain good publicity. We might imagine flocks of outcasts returning once more to the ranks of the church, seeking shelter under its wings and in turn lending support to a gradually crumbling social mechanism. But why should we? The church refuses to ordain women as priests, so why should we expect it to recognize same-sex unions any time soon? While it welcomes adherent in order to maintain social control, it also maintains that control through rules and proscriptions on people's lifestyles. It is nice to envision some sort of iconoclastic revolution shattering the foundations of the ecclesiastical hierarchy, but it is just as easy to envision it fading, like some superannuated grandfather of morals, into obsolescence. At the same time, though, we must acknowledge that there are many good things about the church it is basically one of the world's biggest charities but, indeed, it is for this very reason that we should expect it to reverse its current policy on the ordination of women and the officiation of same-sex unions.