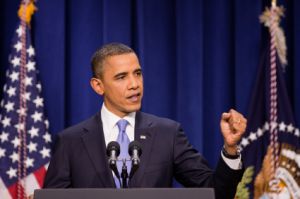 A group of lawmakers and progressive religious leaders have put pressure on U.S. president Barack Obama to end federal funding for faith-based charities that hire and fire on the basis of religion. Religious conservatives, however, are urging the president to keep the policy in place in order to protect their "freedom" to discriminate against people who share different views. The dispute only underscores the widening rift between separationists on one hand, and their theocratic opponents on the other. It also forces one to consider whether discrimination is a "freedom" that should be accommodated.

The policy was originally put in place by George W. Bush in 2002 in an attempt to accommodate faith-based charities that employ only those people who share the same religious views. Driving the decision was an effort to appear more "faith-friendly", and the belief that religious organizations that discriminate should not be turned down by the government. Obama pledged during his presidential campaign to repeal the policy, but critics of the policy have argued that he has broken his promise. Representative Bobby Scott, D-Va., is sponsoring legislation to repeal the policy, but other advocates of reform have argued that the easiest route to repeal would be through an executive order made by the president himself.

Religious conservatives have in turn criticized attempts at repeal. One conservative critic is Michele Combs, spokeswoman for the right-wing evangelical group The Christian Coalition. "We will do whatever we can to make sure this stays", Combs tells Lauren Markoe of USA Today, adding, "[t]hat's our freedom to hire and fire people of our faith". At first the mere mention of the word freedom might make people nod their heads blindly, but upon closer inspection, it makes little sense to protect such a policy as a "freedom". If the point of a freedom is to bestow liberties on individuals, protecting the Bush policy on religion-based hiring and firing defeats this purpose, because it means supporting through federal funding an organization that denies individuals liberties. Besides faith groups would still have the freedom to practice religious discrimination if the policy were repealed they simply would not receive federal funding. Others have expressed similar concerns. "Tax dollars should not be used to discriminate", said Rabbi David Saperstein, director of the Religious Action Center of Reform Judaism, to Markoe. The main point is that the government is potentially violating two constitutional amendments by providing funding to faith-based groups that practice religious discrimination: the First Amendment, which bars state legislation of religion, and the Fourteenth Amendment, which requires equal treatment of all citizens. 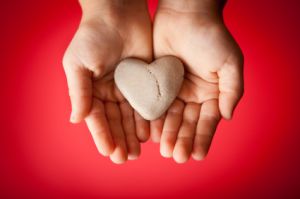 The dispute over the policy also underscores the marked ideological differences between religious conservatives and religious progressives. Even though religion is important to both, conservative groups (such as the Christian Coalition) seem, at least, to support more theocratic government policies, whereas progressive groups (such as the ecumenical, interfaith Universal Life Church Monastery) seem to support strict church-state separation, even with respect to the influence their own religion might have on government affairs. For the former, religion is a highly imposing public display, whereas for the latter, it is a private affair.

One thing that has not been mentioned yet, however, is why the government provides funding to any faith-based organizations in the first place. One might call this a constitutional violation, since it might be construed as government endorsement of religion. At the very least, one would think, if the state provides funding to faith-based groups, it should give equal attention and resources to secular ones.

Perhaps Obama will heed the voices of people like Scott and Saperstein and repeal the Bush-era policy once and for all, since it essentially amounts to state funding for discriminatory practices, even if indirectly. It is always cause for alarm when a government sends the message that it is okay to isolate, alienate, or reject others on the basis of creed, especially when that government, in its own foundational documents, purports to support ideals of liberty and equal treatment under the law. This is the position of the ULC Monastery, which holds that we are all children of the same universe, regardless of creed. Obama already knows the promise he made during his campaign, and undoubtedly he is aware of the views of most progressives regarding the policy, so, for the time being, we will have to wait patiently and see what he decides.