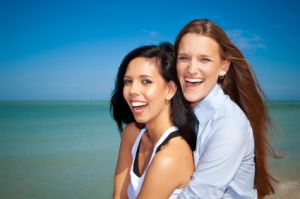 In his letter to the editor of The Cumberland Times-News, entitled "All are God's children, not to be divided into subspecies", ULC minister Bradley Nesline responds to another letter by fellow reader Kathy Eberhart, entitled "How can a pastor refuse same-sex marriage if it is legal?" The premise of Eberhart's letter is that religious leaders will lose their religious freedom if gay marriage is legalized in Maryland, because they will be compelled to officiate same-sex weddings even if they oppose gay marriage on religious grounds. Nesline's point is that religious leaders already suffer oppression by being barred from officiating such weddings.

As a practicing ordained minister in the Universal Life Church since 1992, I was wondering about my "religious freedom"?
Being barred from practicing same sex marriages in lieu of "commitment ceremonies" at present, I have no right to act on the contrary. "Religious oppression?"
My religious views see people as "God's Children," not labeled subspecies. Is freedom not for all?
I ask, "What kind of world would we live in if the can of worms allowing interracial marriage had not been opened?"
And how about the "freedom" LGBT troops are fighting for?

But this double standard is not the only problem with Eberhart's argument.

Second, Eberhart presents a false dichotomy, which states that either one or another alternative is right, but not both, when in actuality there is a third possible alternative. She argues, "[t]he proponents of the falsely titled Religious Freedom and Civil Marriage Protection Act seek to destroy [the historical definition of marriage in Maryland] to legalize 'same-sex marriage.'" The problem here is the assumption that either the traditional or the moderndefinition of marriage is possible, but not both, because if the modern definition is employed, it necessarily leads to the destruction of the traditional one. We know this belief is false because we know there are places, such as Massachusetts, where both definitions coexist, side-by-side. The traditional definition of marriage has not been destroyed merely by the introduction of the modern definition. It is not "either, or". 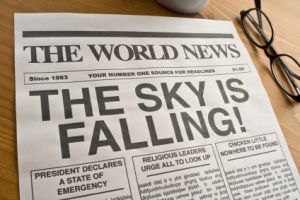 Third, Eberhart engages in a type of slippery slope fallacy, in which a mere change of procedure is believed to instigate an adverse domino effect. She asks, "why would anyone have legal grounds to reject [same-sex marriage if it becomes legal]? How long until the 'religious freedom' allowance were [sic]challenged and stricken from the law?" She mounts the suspense by speculating, "[i]f the government says 'same-sex marriage' is right, you will lose your right to act to the contrary", warning that "[t]his is a can of worms we do not want opened." Oh, no! The sky is falling! If gay people are allowed to marry each other, cries Chicken Little, what is next?! Legalizing gay marriage will force Bible-based Southern Baptist pastors to marry gay people! But the claim that the one leads to the other is a non sequitur. Allowing gay people to marry will not inevitably force religious leaders to solemnize gay weddings because the First Amendment proscribes it. There are five states and one district in the United States where same-sex marriage is legal, and then there is Canada, and in every one of these places ministers are free to refuse same-sex weddings, thanks to their constitutional rights. Thus, Eberhart's claim that legalizing same-sex marriage will force clerics to perform gay marriage ceremonies is completely vacuous and absurd.

Finally, Eberhart is guilty of appeal to emotion, relying on the reader's sentiments rather than facts or reason. By using evocative words such as "destroy" and melodramatically imploring the reader, "get down on your knees in prayer" and, "[s]peak up for what you believe in while you still have the right to do so!" (as if letting gays marry somehow limits your free speech rights), she stokes the reader's indignation, thus distracting them from the content of her argument which is virtually nonexistent and devoid of any actual data to support her claims. Exactly how will religious people lose their freedoms? We don't know, because she gives us no reason or empirical evidence. Mere, empty speculation, no matter how grandiose, is sufficient to foment resistance. Fear prevails over common sense.

In summary, Nesline exposes one of the biggest flaws in Eberhart's argument when he points out the double standard that the beliefs of gay marriage opponents should be protected, but not those of gay marriage supporters. In addition, Eberhart is guilty of appeal to tradition, a false dichotomy, a slippery slope fallacy, and appeal to emotion. To drive his point home, Nesline alluded to the core principle of the Universal Life Church namely, that we are all children of the same universe. If this is our creed, do we not have the religious freedom to bestow equal rights on every member of our community?