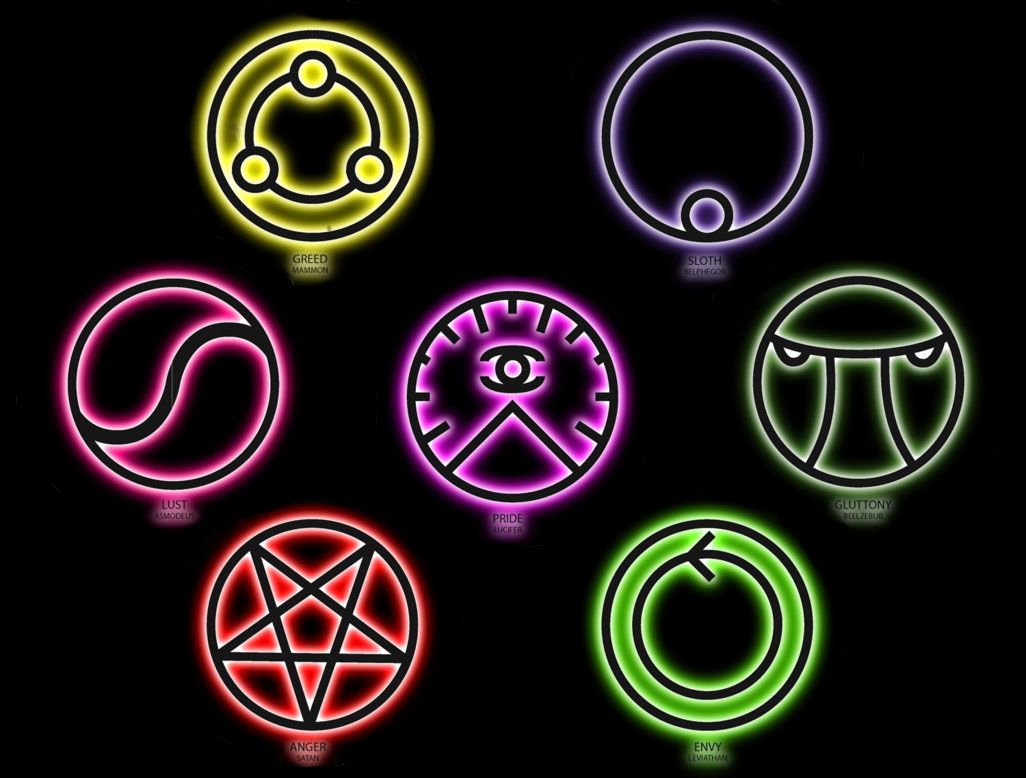 The seven deadly sins are a group of vices that have been used since early times to educate Christians about humanity's tendency to sin. In the currently recognized version, the seven sins are gluttony, envy, lust, pride, sloth, greed, and wrath.

In Catholic thought, the seven deadly sins are not distinct from other sins, but are rather the origin of all sins. They are sometimes called the capital sins, which in Latin means the "head" of all the others. Almost every sin can be categorized into one of these seven.

In AD 590, Pope Gregory I revised the list into the seven deadly sins. He combined sorrow, despair, and despondency into acedia (sloth), vainglory (hubris) into pride, and added envy. This new order became the standard and was used by Dante Alighieri in his Divine Comedy. Dante's epic poem was an allegorical vision of the afterlife, and is considered a culmination of the medieval world-view as it had formed in the Western Church.

Each of the seven deadly sins has an opposite corresponding virtue. In parallel order they are: