"This is my simple religion. There is no need for temples; no need for complicated philosophy. Our own brain, our own heart is our temple; the philosophy is kindness." -Dalai Lama

Kindness is an ethical characteristic that includes pleasant behavior and concern towards others. It is a virtue and recognized as a value in many cultures, religions, and philosophies. Acts of kindness not only benefit the receiver of the act, but the giver as well. Here we will explore how Judaism, Buddhism, and Islam interpret and implement the virtue of kindness. 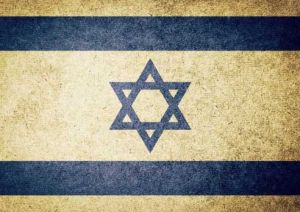 "Those who are kind benefit themselves, but the cruel bring ruin on themselves." -Proverbs 11:17

From the outside Judaism is religion that places major emphasis on the law, strict rules, and study of the Torah. These things are of importance in Judaism, but they're not the whole story; love and kindness have been a part of the religion from the very beginning.

Jewish law has 613 mitzvot (commandments). Among these commandments are laws that Jewish folk should only eat kosher food, not to turn on lights on the Sabbath, and not to work on the Sabbath. While many of the commandments are in the negative sense, meaning they denote something that should not be done, there are also many in the affirmative. The same law commands us to love both Jews and strangers (Deut. 10:19); to give charity (tzedakah) to the poor and needy (Deut. 15:7), and not to wrong anybody in speech or business (Ex. 22:20).

When Jesus said that we should love our neighbors as we love ourselves, he was actually quoting from the Torah. More specifically, he was quoting from Leviticus, a book in the bible that is most commonly thought of as a book full of harsh laws: "The stranger who resides with you shall be to you as the native among you, and you shall love him as yourself, for you were aliens in the land of Egypt; I am the LORD your God." (Lev. 19:43)

We all know that the Ten Commandments command us not to murder. Jewish law extends this law to include requiring us to protect our fellow neighbors. We are also not supposed to leave a condition that may cause harm, and to help a person whose life is in danger. These commandments concerning the preservation of life are so important that they override the ritual observances that are commonly thought of as the most important part of Judaism.

Jewish law, while it may seem strict, is meant to be a blueprint for a just and ethical society. It is not merely an ideal; the way to achieving this way of life is spelled out in the 613 mitzvot. These commandments are meant to create a society where no one takes advantage or harms another, but rather one where everyone gives to each other, helps each other, and protects each other. This society is based on love and kindness. Therefore, it would be a mistake to think Judaism is only about the law. The law is a means to an end, and that end is a prosperous society where people treat each other with love, respect, and kindness.

"All sentient beings desire happiness and do not desire misery. Think deeply about how, in this beginning-less cycle of existence, there is not one sentient being who has not been my friend and relative hundreds of times. Therefore, since there is no ground for being attached to some and hating others, I shall develop a mind of equanimity toward all sentient beings. Begin the meditation on equanimity by thinking of a neutral person, and then consider people who are friends and foes." -_Dalai Lama, A Lifetime of Wisdom_ 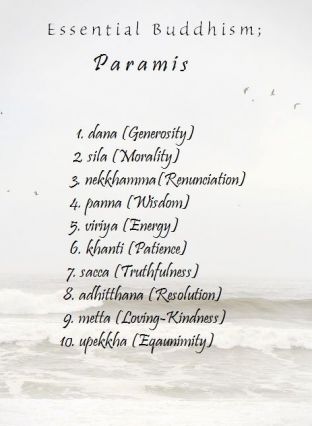 Kindness in Buddhism is wrapped up in a concept known as Mett . This concept goes beyond just kindness; it consists of friendliness, good will, benevolence, and an active interest in others. It is one of the ten p ram s (perfections) of the Theravada school of Buddhism. It is also the first of the four sublime states.

Mett is manifest in friendship and non-violence. It includes a strong wish for the happiness of others through patience, appreciation, and receptivity. This loving kindness is a specific caring for the well-being of another living creature, free of approving or disapproving of them or expecting anything in return.

Cultivating one's loving-kindness (mett bh van ) is a form of meditation in Buddhism. Practicing includes reciting certain words or phrases in order to evoke feelings of warm-heartedness, and visualizing the suffering of others. When Mett is applied to all beings, one experiences joy, one of the four sublime states.

Cultivating Mett to its highest end is a process. One must first meditate and create mett bh van towards themselves. Once this is achieved, that person may then work towards showing Mett to one's friends, family members, and teachers. From there, Mett must be extended to all "neutral" persons, or strangers whom we are not well acquainted with. Mett should then extend to difficult people and those whom we consider to be our enemies. Eventually this loving kindness should be shown to all of the above equally, and from there gradually the entire universe. This ideal application of Mett is obviously a lifelong process that is achieved through diligence.

The scriptures from the Theravada tradition, the Pali Canon, point out a number of benefits from practicing Mett meditation. These include: sleeping and waking easily, free from evil dreams; being dear to humans and nonhumans alike, and gaining concentration quickly.

Those who cultivate loving-kindness will be free from feelings of ill will, anger, or hostility; they will be at peace. It is also generally accepted that those who are around a person who is full of loving-kindness will also feel more comfortable and happy too. As the Buddha taught, "Thousands of candles can be lighted from a single candle, and the life of the single candle will not be shortened. Happiness never decreases by being shared."

"The believers, in their love, mercy, and kindness to one another are like a body: if any part of it is ill, the whole body shares its sleeplessness and fever." -The Prophet Muhammad 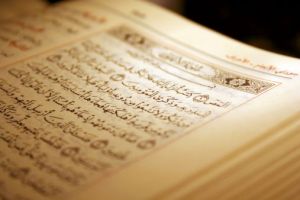 Kindness in Islam is closely aligned with respect. Islam's social responsibilities are based on kindness and consideration of others. Islam defines the responsibilities and rights within various interpersonal relationships and emphasizes specific acts of kindness. We should first show kindness to our immediate family-parents, spouse, children, and siblings. This is our first obligation.

At the top of the list for those deserving respect and kindness are one's parents. Islamic teaching heavily emphasizes this and it's considered an important part of a Muslim's expression of faith. The Qu'ran states: "Your Sustainer has decreed that you worship none but Him, and that you be kind to parents. Whether one or both of them attain old age in your lifetime, do not say to them a word of contempt nor repel them, but address them in terms of honor." (17:23-24)

Muslims are also obligated to show kindness and respect to neighbors, fellow Muslims, and others in the community. The Prophet Muhammad (peace be upon him) said, "He is not a believer who eats his fill when his neighbor beside him is hungry"; and: "He does not believe whose neighbors are not safe from his injurious conduct."

A Muslim also has a moral responsibility to all living beings, including animals and plants. Hunting of animals for sport is not permitted, "Those who are kind and considerate to Allah's creatures, Allah bestows His kindness and affection on them. Show kindness to the creatures on the earth so that Allah may be kind to you." (Hadith - Abu Dawud and Tirmidhi) These moral characteristics are meant to foster a higher system of morality within Muslim communities.

The Prophet Muhammad (peace be upon him) set a good example of respect and kindness. One story tells of how an old woman would throw her trash on him whenever he would pass by her house on his way to the mosque. However, he would steadily pass by without showing anger or annoyance. This was a regular event.

One day the Prophet was walking by and noticed the woman was not there. He stopped and knocked on her neighbor's door, asking where she was. He was told that the woman was sick and in bed. The Prophet asked permission to see her, and when allowed into the house, the woman thought that he had come for revenge now that she was sick and unable to defend herself.

But the Prophet had not come for revenge. He was there to look after her in her sickness, as Allah commands that Muslims should help those that are sick. The woman was so moved by the kindness Muhammad displayed that she had a change of heart and accepted Islam.

This story demonstrates the power of kindness and respect. If Muhammad had sought revenge against this woman, or had cursed or scorned her as she threw trash on him, he would have only perpetuated the cycle of disrespect and hate. Instead, his example of kindness and compassion absorbed the woman's hate and purified it, allowing it to then find it's way back into her heart.

How to be Kind

There is no secret or trick to being more kind, it's something you just have to do. However, increasing your own kindness is easier when you have a plan or a path to follow. For this I would recommend following the steps listed above in the description of mett bh van .

First, focus on increasing your kindness to yourself. This means treating your body and mind with respect. It doesn't mean splurging and buying yourself treats or gifts. For example, if you had a stressful day, give yourself time at night to reflect, unwind, and meditate. This process can include things like working out, or taking a relaxing bath. Treating yourself with kindness can also include eating healthier, getting a proper amount of sleep, and avoiding negativity.

Next, work towards showing increased kindness to your friends and family. Methods on how to do so depend on your situation; use common sense to identify ways where you can give someone a friendly compliment, a favor, or a gift. However, don't overdo it or you'll appear like you have some ulterior motive. Doing little things here and there is the best way to gradually increase your kindness towards others, while at the same time adjusting your habits to a new paradigm.

Once you have increased your kindness to yourself and to friends and family (and are consistently doing so) you can move on to showing more kindness to strangers and people whom you are not well acquainted with. For example, if you happen to pass someone by, smile and say hello. Don't worry about what they do in response. Obviously this won't work if you are in a crowded area, just use good sense to figure out what is appropriate to your situation. Keep an eye open for opportunities to show kindness to strangers and if you see a chance, take it.