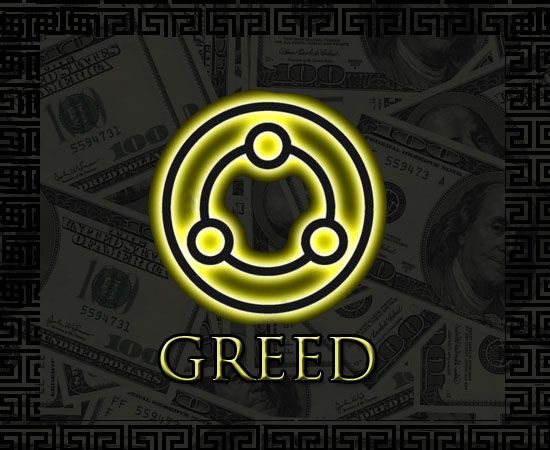 "Greed is a sin against God, just as all mortal sins, inasmuch as man condemns things eternal for the sake of temporal things."

So wrote Thomas Aquinas, the immensely influential philosopher and theologian. This is an excellent summary of what happens when we are greedy. Greed is a vice that is rooted in selfish desire, along with gluttony, lust, and envy. It's corresponding virtue is Charity.

Greed is an irrational desire for wealth, goods, or other objects of value, that goes beyond basic survival needs or comfort. Those who pursue these things as their chief end are guilty of greed. Some recognizable examples include Ebenezer Scrooge from Charles Dickens's A Christmas Carol, and more recently Jordan Belfort from the film, the Wolf of Wall Street.

What exactly is wealth? Wealth can take many forms including social wealth (friends and family) physical wealth (health) and inner wealth (mental/emotional health). In the context of this article, wealth is money, valuable resources, material possessions, and the like. Greed typically manifests in these forms, so this will be our focus.

Money Vs. Love of Money

"Whoever loves money never has enough; whoever loves wealth is never satisfied with their income." -Ecclesiastes 5:10 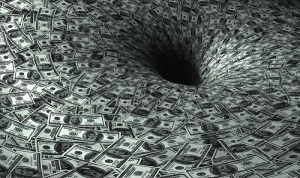 The love of money is a problem, not necessarily money itself. "For the love of money is a root of all kinds of evils. It is through this craving that some have wandered away from the faith and pierced themselves with many pangs." (1 Timothy 6:10). This helps us put the quote from St. Aquinas into perspective. Money is of no use to us after we die. If this is true, why should we invest in something that one day will be no use to us?

The love of money is sin because it gets in the way of loving God. Jesus taught that it is hard for the rich to enter the Kingdom of God. When a rich young ruler asked what he should do to inherit eternal life, Jesus told him to sell everything he had and give the money to the poor. When the man heard this, he went away sad because he had great wealth (Matthew 19:16-22).

The young ruler's inability to do as Jesus suggested proves that wealth was his master, not Christ. His love for the world interfered with his love for God. No one can serve two masters; he will either hate one and love the other, or be devoted to one and despise the other. (Matthew 6:24).

"The kingdom of heaven is like treasure hidden in a field. When a man found it, he hid it again, and then in his joy went and sold all he had and bought that field." -Matthew 13:44 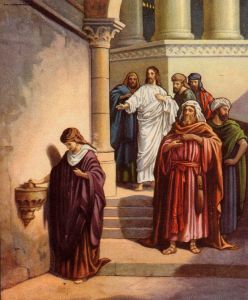 To contrast the story of the rich young ruler, consider the story of the poor widow. One day, while Jesus was in the Temple, he observed wealthy people putting offerings into a collection box. Eventually, along came a poor widow who dropped two small copper coins into the box. When Jesus saw this he said, "Truly I tell you, this poor widow put in more than all the others. All these people gave their gifts out of their wealth; but she out of her poverty put in all she had to live on." (Luke 21:1-4)

Since the widow was poor, she had no security in money. Even though she gave less in real numbers, her offering was greater because it was all she had. This shows that she had security in the Lord, not in money. On the other hand, the rich young ruler had plenty of wealth and was very secure in this sense, but when asked to give up his worldly currency for heavenly currency, he could not. Can we blame him? If you were asked to sell off all your assets and give the money away, could you? Could you give away your car, your computer, your smartphone? This is why greed can be so dangerous; it gives a false sense of security that can be very hard to let go of.

This does not mean that we are greedy if we have wealth, nice cars, cool computers, or sleek mobile devices. As said before, it is the love of these things that is the problem, not the things themselves. If we find more joy and delight in wealth and material possessions than we do in Christ, then there is a problem, "For all that is in the world - the desires of the flesh and the desires of the eyes and pride in possessions - is not from the Father but is from the world." (1 John 2:16).

Greed Is A Trap 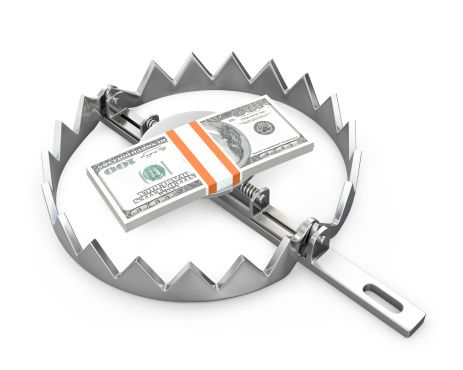 It's easy for the wealthy to become secure and complacent, ascribing their riches to their own efforts instead of acknowledging that all things come from God. With more wealth our lives become easier, we derive more enjoyment from wealth, and the temptation to store up treasure on earth instead of treasure in heaven becomes greater. "Those who desire to be rich fall into temptation, into a snare, into many senseless and harmful desires that plunge people into ruin and destruction" (1 Timothy 6:9).

No one can serve two masters. If we focus on earthly things, then we fail to give God the glory and worship He deserves. Our first aim should be to build treasure in heaven. If while doing this we build earthly treasure as well - this is not wrong- but can be dangerous. Wealth equals spiritual peril. "Seek first [God's] kingdom and His righteousness, and all these things will be given to you as well." (Matthew 6:33)

If you have wealth you will face unique temptations that poor people do not. Give thanks for the blessings given to you, and ask God to help you remember that treasure in Heaven is more important than treasure on Earth. Take heart in the knowledge that the Lord will not allow you to be tempted by wealth beyond your capability to resist (1 Cor. 10:13). To the best of your ability "Keep your life free from love of money, and be content with what you have, for God has said, 'I will never leave you nor forsake you.'" (Hebrews 13:5)