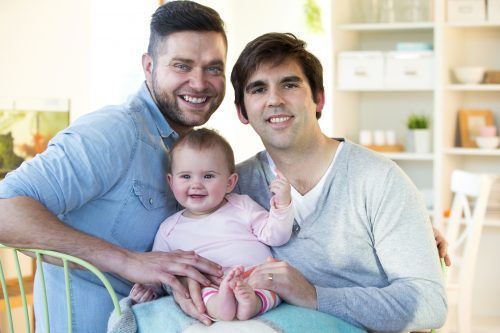 New state legislature just passed in Alabama allows private adoption agencies to refuse service based on religious beliefs. While the bill doesn't specifically mention homosexuality, many have assumed that it is directed toward those individuals who may feel uncomfortable with a gay adoption (placing a child in need in the home of an LGBT couple). The new law does not apply to agencies that receive federal funding.

Similar laws passed in Michigan and South Dakota have already drawn criticism for providing express protection to child adoption agencies that turn away prospective families because they are gay or transgender.

Many have criticized the bill, known as the Alabama Child Placing Agency Inclusion Act, including Senator Rodger Smitherman of Birmingham, are condemning how the bill would obviously "sanction discrimination". Another representative, Patricia Todd, who is openly gay, shares a similar view, referring to the bill as "bigotry in the first degree."

Whose Rights are Protected?

Governor Kay Ivey, having officially signed off on the bill, argues that "This bill is not about discrimination, but instead protects the ability of religious agencies".

Specifically, the bill will prevent any penalty or legal action against private religious adoption agencies that "declines to carry out an activity that conflicts with the religious beliefs of the agency."

This added layer of protection for the Alabama religious adoption agencies flies in the face of the LGBT community, as Alabama is one of the many states, along with several of its neighbors, that has yet to pass a general LGBT nondiscrimination law.

Alex Smith, the board chair of the LGBT advocacy group Equality Alabama, explains on behalf of the LGBT community of Alabama that, "We value the place that faith has in many people's lives but using one's faith to discriminate against another person is wrong, and should not be made the law of the land."

Doing What's Best for the Children

With all of the controversy, it is easy to lose sight of the children whose lives are forever impacted by the decisions of their adoption agency and the home they are placed into.

The new bill, while met with heavy dissent, highlights a very important question:

Are there actually any negative effects of children being adopted into a same-sex or transgender family?

The Science Behind the Truth

In order to answer this question the University of Melbourne in Australia put the idea to the test. After a large-scale investigation of over 500 children under the age of 18, adopted by same-sex parents, their findings were published in in the journal, BMC Public Health.

Known as the The Australian Study of Child Health in Same-Sex Families (ACHESS), researchers actually found no difference in the levels of confidence, self-esteem and time spent with their parents, as children adopted by same-sex parents. Surprisingly, the results showed that actually children adopted into LGBT families typically had healthier and stronger relationships with their family members.

This affirmation of the LGBT family unit does not come as news to many, as the 2010 US census reported that nearly two million children are being raised by lesbian, gay, bisexual, or transgender parents (LGBT) in southern states like Mississippi, Louisiana, Texas, Utah and even Alabama.

It is clear that the LGBT community has made strides toward equality, even within the last decade. However, there are still facets of American life that resist change. The new legislation by Alabama, protecting the ability of adoption agencies to discriminate on prospective families based religious beliefs, clearly represents this resistance.

Research done by the University of Melbourne completely debunks the idea that children adopted by same-sex parents are somehow more disadvantaged by those adopted by heterosexual parents, even highlighting several benefits.

How do you feel about the new Alabama laws? Should adoption agencies be able to turn away prospective parents based on their sexual orientation?