Esther has spent the past 29 years attempting unsuccessfully to divorce her husband. Not a civil divorce, mind you. That part was easy. Civil proceedings moved quickly through the courts after her husband tried to murder her back in 1988.

Esther is an Orthodox Jew, meaning she also needed to get a religious divorce. But that never came. She has waited nearly 30 years for the church to formally set her free from her murderous husband.

The request was repeatedly denied due to the strict rules of Orthodox Judaism. In the eyes of the church, Esther continued to be bound to her would-be murderer. The laws of religious matrimony, they explained, could not be broken even under the grave circumstances giving a whole new meaning to the saying "the old ball and chain."

But earlier this week her 29-year long wish finally came true: the marriage was officially dissolved.

Believers of Orthodox Judaism are bound by strict rules. According to this particular religious doctrine, a woman cannot divorce unless her husband consents to it. Thus, married women whose husbands refuse a "get," the common term for a religious divorce, are considered "agunot," or chained women.

Esther was just that: a chained woman. Unable to remarry and put the traumatic past behind her, she was trapped by an unfair system.

Esther's victory in this divorce case signifies a shift in the traditionally patriarchal attitudes and views of Orthodox Judaism, especially in regards to abuse toward women.

In fact, rabbinical courts all over the world have been cracking down on such cases, imposing fines on uncooperative husbands. In Israel, where religious tribunals function as a branch of the judiciary system, some men have even received prison sentences. Elsewhere, courts have forbidden communication with recalcitrant husbands, effectively ostracizing them from the community for their transgressions.

Esther's ex-husband, who spent only 9 years in jail for his murder attempt, finally agreed to grant her a religious divorce because fines against him were stacking up.

The Only Way Out 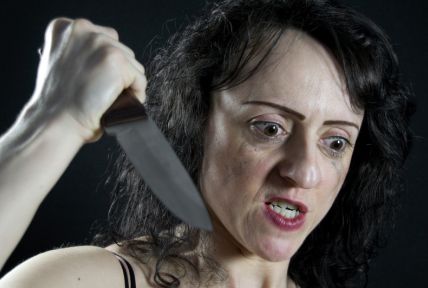 In another shocking case that emerged recently, an Orthodox woman took a more direct approach. Frustrated that her husband refused to agree to a divorce, she tried to have him killed in order to end the marriage.

According to reports, she convinced a friend to do the deed. As it happened, the FBI was tracking the case and intervened before anyone got hurt.

However, it certainly illustrates the lengths that people will go to escape the strict confines of religious marriage.

Reflecting on a Long History

Judaism is one of the world's oldest monotheistic religions, its origins traced through various historic artifacts and texts as far back as 3500 years ago.

The tenets and beliefs that shape the core practices and dogma of current day Judaism predate most modern day societies. So perhaps it's no surprise that its attitudes and beliefs toward gender equality do not reflect modern views.

But can religious doctrine evolve to fit modern times? Things seem to be moving slowly in that direction. However, until a dramatic change occurs, "chained women" will continue to suffer.