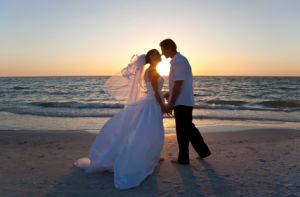 Universal Life Church weddings have taken place in almost every location imaginable--from ski resorts to rock concerts, dance clubs, and even late night talk shows. They have been tiny and intimate, consisting of a single couple and their closest friends and family, and they have been large-scale, consisting of scores of couples and guests in elaborate ceremonies. Now a New Jersey ship captain may be the first to have performed a mass wedding on Valentine's Day at Atlantic City's Boardwalk Hall using his online ordination through the ULC.

During his day job, Jeff George operates a tour boat in the waters of Gardners Basin, located in the harbor of the coastal gambling mecca. Since becoming an ordained minister in 2003, George figures he had married about 175 couples, but with the ceremony at Atlantic City's Boardwalk Hall, which is being hosted by the Atlantic City Convention & Visitors Authority, this figure has approximately doubled, with at least 162 couples and their guests in attendance. It was a slightly daunting task for the minister ordained online, who had never performed a wedding ceremony with more than 200 people in the audience, but fortunately he had experience working with crowds as a grade school teacher and harbor tour guide, narrating to 130 people or more at a time on his boat. 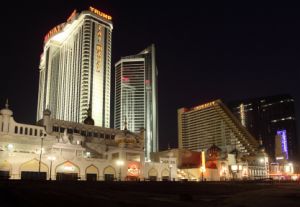 It can be a challenge to design a mass wedding ceremony which relates to all couples, but one thing that made the Atlantic City ceremony work was that it was performed by a nondenominational wedding officiant. George's friend Mike Trzaska recalls looking to George in his search for such an individual: "My wife (Kelly) and I are are not religious, and we were looking for an alternative to a minister," said Trzaska, who worked through college on George's boat, and met his wife in Atlantic City. "So we asked Jeff to do it as a friend, and he said yes. Then we said he should consider advertising weddings on the boat.... He had people every week asking if he performed weddings, and he was turning all these people down." So while questions remain in some people's minds about the legality of online ordination, the truth is there is a big market for it, as the Atlantic City mass wedding shows.

George figures among scores of other Universal Life Church ministers who defy orthodox notions of what an ordained minister should be. Unlike most religious institutions, which require their acolytes to spend years of study with their noses buried in books, the ULC boasts ministers of all stripes and from all backgrounds without the traditional minister training. The fact that a tour boat captain, talk show host, actor, or rock singer can get ordained online to perform wedding ceremonies with a creative, meaningful twist attests to the relevance of nondenominational online churches.

wedding as a legally ordained minister and wish the best to all the couples who tied the knot at the event. We hope to see many more examples of non-traditional ministers taking advantage of their sacerdotal right to celebrate the marriages of their loved ones.

Do you have any special or unique Valentine's Day wedding stories to share with us? We would like to hear them.