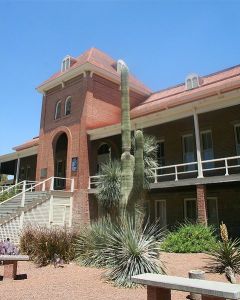 When there are research papers to write and final exams to study for, who has time to perform a wedding ceremony? Apparently, a substantial number of people do. Students have shown an increasingly high profile in the ranks of ULC Monastery ministers. This is due in part to the fact that the church ordains anybody online without questioning their minister training and education, since the church holds that anybody can have access to divine knowledge without a formal degree. In turn, students find this an attractive prospect for performing the wedding ceremonies of their choice, especially when more conservative elders disapprove.

A prime example of student involvement in the ULC ministry comes from the University of Arizona, where 104 students now claim membership in the online church.

One of these students is Brad Melrose, a teaching and teacher education and educational leadership graduate student. Melrose was married to his wife by a minister ordained in the ULC and decided to get ordained online himself in order to marry a friend. Eliza Molk of Daily Wildcat, the school's student newspaper, quotes him as saying, "I made [the wedding] heartfelt and informal", adding that the ceremony "wasn't ritualized" and that "it was a great time". For Melrose, it was important to play an instrumental role in marrying the people he cares about.

Danielle Kazibutowski, a second-year student majoring in family studies and human development, is another University of Arizona student who found a place in the ULC. Kazibutowski became a legally ordained minister to marry her friend, whose parents expressed disapproval over the friend's interracial marriage. Granted, most churches now recognize interracial marriage, but for Kazibutowski her personal involvement in her friend's struggle makes the ceremony more meaningful. She decided to become an interfaith wedding officiant after visiting the ULC social network for ministers, which allows ministers to share stories and advice on how to perform a modern wedding ceremony.

Despite the open-mindedness of these young people, many others still express apprehension about online ordination. Why should anybody be allowed to get ordained online without conventional, formal minister training and education? According to Molk, ULC Monastery presiding chaplain George Freeman has responded to this question by asking, why not? After all, the disciples of the Christian Bible did not have formal degrees, yet Christians trust in the divine provenance of their teachings, so why should a student struggling with chemistry exams be forced to heap years of training in divinity school on top of their current studies simply to marry a friend whose interracial relationship angers the friend's parents? True, that friend could go to a traditional priest, but that priest is a stranger and does not have firsthand experience in that person's struggle, so the personalized touch would be lost.

A lot of young people are drawn to online ordination because it allows them to marry whom they want to marry without the unnecessary baggage of tradition. Black bride, white groom? Okay. Jewish bride, Christian groom? Sure. Two brides or two grooms? Not a problem. Perhaps the growing interest in online ordination among young university students reflects a generational difference in social attitudes, with young, educated people voicing their demand for a more common-sense approach to the sacrament of marriage as a love-based union. "The most important thing about a wedding is that it is a commitment of two people destined to spend the rest of their life together", Molk reports Freeman as saying, adding, "Why can't your brother, sister, or favorite uncle marry you?" And why do we need traditional divinity school training to recognize such unions if everybody has a connection with their own spiritual truth?

Feel free to share your anecdotes as a ULC wedding minister. Do you find that online ordination has opened up the doors for marginalized groups and made marriage more relevant and meaningful?