Is Religion Going the Way of the Dodo? 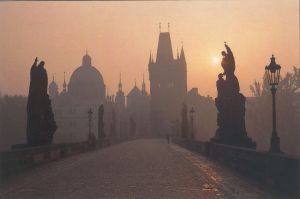 A new study suggests that religion will eventually become extinct because it is becoming less useful to people. The extinction of religion, the study shows, may already be underway in Europe and Canada, and may even be accelerating. Even in the absence of religion, however, some theological questions remain. Can non-religious spirituality still be of use to us in a world without religion?

The study was conducted by Richard Wiener, a physics professor at the University of Arizona, and Daniel Abrams and Haley Yale, of Northwestern University's engineering and applied mathematics department. The authors applied a mathematical model using census data to determine the trends in religiosity in nine different countries. Using a concept called relative utility, the authors measured how useful it was to belong to one of the religions of the world. If a score was below 0.5, it was more advantageous to belong to a religious group; if a score was above 0.5, it was less so.

There are several possible reasons for the accelerated change, Abrams said. One is that membership in a group becomes more attractive as that group becomes larger. Another is that secular institutions now provide many of the services that religious institutions once provided. In other words, schools, jobs, health-care, and other services increasingly become the domain of secular institutions, fewer people will see the need in seeking them out through religious institutions. It is possible that because so many European governments now provide these services, more Europeans have abandoned religion as a result.

But what does this bode for spirituality, and does spirituality serve a function separate from religion?

As Abrams has suggested, atheism, agnosticism, and other forms of non-religion may be growing exponentially simply because they are larger than they were before, and hence have acquired a certain cachet or acceptability as a result of their mainstream status. Non-religion boasts a certain class prestige, being associated with academia, science, and transformative intellectual movements. If this is so, people may be drawn to non-religion largely for social or cultural reasons, and not strictly for theological or philosophical ones.

What does this say about spirituality and mysticism, though? Many people distinguish between organized religion and spirituality they may associate religion largely with dogma, hierarchy, and bigotry, and spirituality more with openness, exploration, and inner reflection. Thus, the decline of organized religion does not necessarily imply a decline in spiritual seeking or curiosity, and, consequently, many theological questions remain unanswered. Mystics still seek insight into notions of God or a higher power, life after death and the nature of consciousness, reincarnation and transmigration of the soul, and the overall meaning of life. Organized religion is not necessary to ponder these things in fact, as many spiritual people argue, it can actually discourage personal exploration. Indeed, highly amorphous spiritual traditions such as New Age thought seek to incorporate new scientific discoveries into their mystical cosmology.

What do you think? Is religion becoming extinct, and, if so, what does this mean for the fate of spirituality? Feel free to get ordained online as an interfaith priest or minister and join the discussion on the ULC Monastery Facebook page or social network for ministers.