Pick Your Favorite Monster: The History of Halloween Creatures Explained

With Halloween right around the corner, we decided to dive into the spirit of the spooky season by breaking down the origin stories of some of the most popular creatures that might be haunting your doorstep this year.

We’re willing to bet you don’t know the full backstory behind your favorite monster. After studying up, let us know which creature you identify as in the comments below! 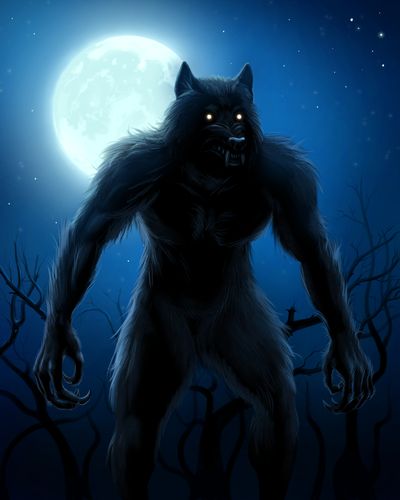 The werewolf – a shapeshifting creature that can take the form of a human or a wolf – is deeply rooted in popular culture. When you think “werewolves,” you probably think Middle Ages. But this mythical creature actually has roots that go all the way back to Ancient Greece!

In 425 BC, a Greek historian named Herodotus described a nomadic tribe from Scythia that could transform themselves into wolves. This story – among others – helped form the early identity of the werewolf.

It’s true that werewolves didn’t gain widespread notoriety until the Middle Ages, when a panic throughout Europe prompted serious efforts to identify and kill these dangerous monsters.

In fact, there were full-on Werewolf Trials where people suspected of hiding their identity as werewolves were convicted and put to death.

Some experts argue that the idea of werewolves became so popular because they made convenient scapegoats for true human evil. By blaming a mysterious “werewolf “for horrific murders, it was possible to avoid facing the fact that humans could do such terrible things to one another. 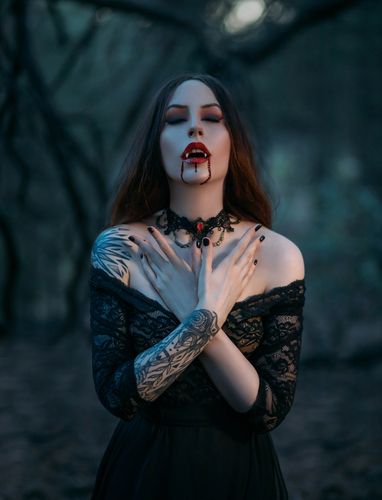 Vampires are creatures widely popularized by the novel Dracula, published in 1897. But the history of these blood-sucking beings goes much deeper, all the way back to medieval times.

As the plague ravaged communities across Europe, superstition abounded. The plague produced bleeding lesions on victims’ skin – lesions that bore startling resemblance to the marks of a vampire.

Who was to say that vampires weren’t responsible for some of these deaths?

But suspicions were running so high that anyone with a mysterious disease risked accusations of being a vampire during this time period. One such disease that experts have identified is the blood disorder called porphyria, a condition that can cause severe blistering of the skin when exposed to sunlight. The kicker? Ingesting small amounts of blood is known to help with symptoms.

When someone suspected of being a vampire passed away, members of the community would often drive a stake through their heart to make sure this “vampire” was completely dead.

But that’s not the end of the story! Although there are no Draculas living in castles (that we know of) there are people who call themselves vampires. These small, private communities are said to take part in traditional “feeding” rituals where they drink real (donated) human blood. 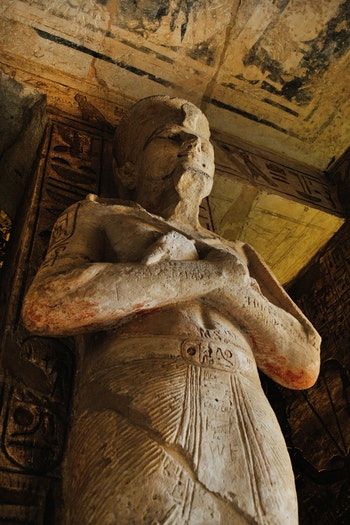 Most often associated with ancient Egypt (and/or Brendan Fraser), mummies are not exclusive to any one part of the world. In fact, many different cultures have practiced mummification – the process of preserving the dead in physical form.

However, is it widely recognized that the Egyptians had the best methods for preserving human remains. When pharaohs died and were mummified, their remains were placed in extravagant tombs. Many of these tombs have since been discovered by explorers.

Legend has it that disturbing a mummy’s tomb can bring about a deadly curse – a legend that was reinforced when a 1922 expedition dug up the tomb of King Tut. Not long afterward, numerous members of the expedition died of mysterious causes.

Another strange belief was that grinding up mummies into a powder could bring about health benefits. Numerous mummies were dug up and turned into medicine between the 12th and 17th centuries.

When wrapping yourself in linens, beware potential side effects! 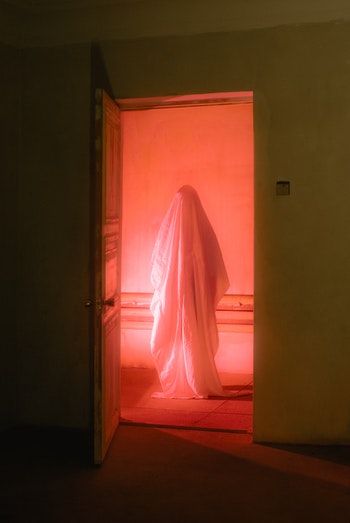 Ghosts are perhaps the most universal of all Halloween creatures, and easily the oldest. Societies throughout human history have had a fascination with the dead. Where do they go? What happens on the “other side”? These were often questions left up to religion to answer.

The most common version of a ghost is a person who has passed away but continues to haunt the human realm – either permanently or temporarily. Often, strategies are employed to placate these undead creatures.

There is evidence that doctors in ancient Mesopotamia would cast spells to keep ghosts at bay. Ancient Egyptians believed that dead souls travelled to the afterlife, known as the Field of Reeds. However, if proper burial rites weren’t followed, the soul could return to earth in the form of a ghost to exact revenge. Both the Greeks and the Romans believed strongly in ghosts, and improper burial was a common reason.

Fast forward to today, and although many people still believe in ghosts, they are no longer universally feared in the ways they once were. In fact, some people even claim to use ghosts for pleasure. 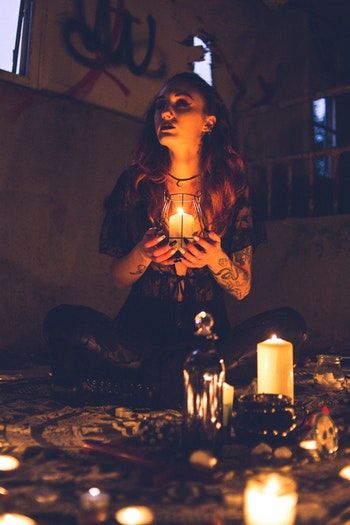 Witches in pop culture are easily identified by their black robes, pointy hats, and brooms. But where did this character come from?

The origin story of witches is actually closely entwined with the story of world religion. Did you know the earliest known record of a witch can be found in the Bible? The book of 1 Samuel (somewhere between 931 BC and 721 BC) tells of a witch who summoned the spirit of a prophet.

The Old Testament doesn’t look kindly upon witches, in general. One of the most-cited passages on this matter is Exodus 22:18, which says, “thou shalt not suffer a witch to live.”

Perhaps it’s no surprise, then, that as witches were “discovered” across Christian Europe during the 1400s, very few of them survived to tell the tale. People associated witchcraft with the Devil, and it was to be opposed – and stamped out – wherever it was found.

It all started when witch “confessions” began popping up. These confessions often came under torture, but no matter. A witch is a witch. And the punishment for witchcraft was death.

Things only got worse for witches in the following years. Between 1500 and 1660, European societies executed as many as 80,000 people suspected of being witches – most of them women. The most famous of these trials occurred in the city of Salem in 1692.

And yet, these efforts to extinguish witches from the earth were ultimately in vain. Modern-day witches are still proudly practicing magick, and their movement has experienced a meteoric resurgence in recent years. 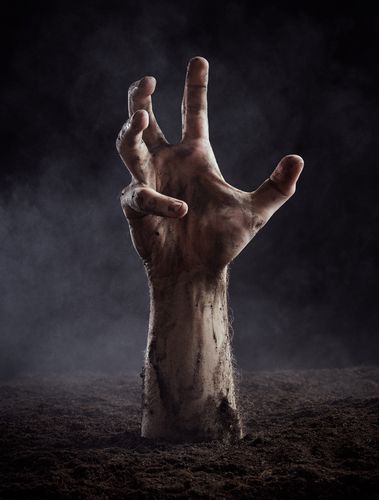 Whether in video games, movies, or books – Zombies remain as popular as ever. But did you know the long and fascinating history of these undead creatures stretches back to Ancient Greece? Or so experts believe; archaeologists have discovered Greek skeletons with rocks and other debris deliberately piled on top, as if to prevent the dead from reanimating and climbing out of their graves.

Reanimation also has strong Biblical roots. The Bible describes perhaps the most famous resurrection story ever told: that of Jesus Christ. After being nailed to the cross, Jesus died and was placed in a tomb. But three days later, he rose once again and spoke to his disciples before ascending to heaven.

Unlike some of the other monsters on this list, the existence of zombies has actually been confirmed by scientists. Although rare, at least three cases of the dead coming back to life have been verified by medical journals. It’s unclear how exactly it happened, but scientists suspect a form of paralysis led people to appear dead, only to rise from the grave after burial.

Well, there you have it! Did anything on this list surprise you? If you had to pick one to dress up as, which creature would be your choice?