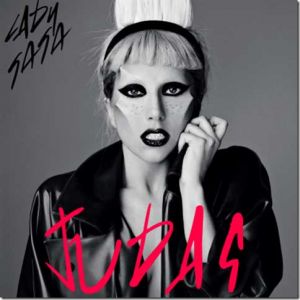 Lady Gaga is no stranger to religious controversy. Nor is she the first pop star to toy with religious sentiment in order to send a message or simply to grab attention. (It is an old formula.) Yet the dance-pop singer's views on religion are not necessarily hostile per se, and upon closer inspection it appears her material thus far might be a little bit ambiguous, and perhaps even supportive. Yes, in some respects she may be a blatant opportunist, but religious leaders might want to take a closer look at her motives before denouncing them as blasphemous.

Last year the eccentric pop chanteuse shocked audiences with the video for her single "Alejandro", which was casually peppered with rosaries, crosses, and other religious symbols; now, in the video for her upcoming single "Judas", she plays Mary Magdalene, while actor Norman Reedus plays the traitor Judas Iscariot. It was not long until Bill Donohue, the president of the Catholic League for Religious and Civil Rights in the United States, took the liberty of censuring the video. According to Mary Elizabeth Williams of Salon.com, Donohue said that it is "a stunt . Lady Gaga tries to continue to shock Catholics and Christians in general. She is trying to rip off Christian idolatry to shore up her talentless, mundane, and boring performances." But Donohue does not go into details on why the video offends him. It seems that for him, any commentary by a pop star on the Roman Catholic and Christian faith traditions necessarily constitutes blasphemy.

But is the star's video really a slam on religion? Sure, by now we have grown weary of peering into the minds of over-exposed mega-stars, and sure they may be boring and talentless, but we have to admit that the messages they send have enormous influence. As Williams points out, Lady Gaga's creative director Laurieann Gibson sees the star's religious references in a positive light: "to have that conversation about salvation, peace and the search for the truth in a room of non-believers and believers, to me, that was saying God is active in a big way I do believe God inspired and worked on everyone's heart." In other words, for Gibson, the video is a debate on the truth and meaning of Christian doctrine and theology in which the views of both believers and non-believers are weighed and examined. Is does not seem fair for church authorities to demand an end to such a dialogue and expect everybody to take their beliefs for granted.

Besides, the pop provocateur has a lot more in common with church clergy-members than we might think. Last year, we discussed Lady Gaga's plans to become an ordained minister so that she could marry her fans onstage in concert. Those of us who get ordained online and realize our sacerdotal right to perform wedding ceremonies understand the advantages of doing so fewer barriers to marriage for couples in love, not to mention the personal touch of a friend or relative acting as a legal wedding officiant. If Lady Gaga really despised religion, why would she become an ordained wedding officiant? Perhaps it was to send a message of unconditional love, perhaps to get attention, or, as Williams suggests, perhaps a little of both. Undoubtedly, religious leaders like Donohue will view such plans as an affront to the institution of ecclesiastical ordination, but it remains unclear whether the singer's mission is really as exploitative as they would like to think.

And even if she is making a subtle jab at religion, so what? She may have good reason.

At any rate, such pop culture flare-ups keep us thinking about why we believe what we believe, despite the commercial glamour that may lull us into buying something we don't really need. At the end of the day, though, we can't really pass judgement on Ms. Gaga until the video is released and we have actually watched it for ourselves. Give us your thoughts as a minister ordained online. By depicting Mary Magdalene, does Lady Gaga mock religion, or does she simply ask us to treat it critically?