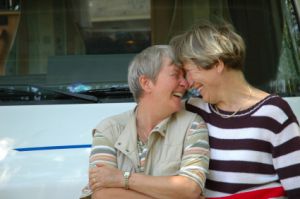 Recently at Wheaton College, a private evangelical Christian liberal arts college in the U.S. state of Illinois, doctor of economics Jennifer Roback Morse, PhD, gave a speech about the negative consequences of legalizing same-sex marriage. Morse's argument is so riddled with fallacies and sophistries that it is almost a too exhausting effort to refute it but let us go ahead and do so anyway. Her argument consists essentially of the following supporting points: 1) marriage is a union between a man and a woman because no public vote has ever approved the legalization of same-sex marriage, 2) same-sex marriage conflicts with Biblical teaching, 3) Christians will lose the right to exercise their religion freely if same-sex marriage is legalized, 4) marriage is about procreation, and 5) children will be separated from their biological parents if same-sex parents are allowed to form families.

Let us start with the last of these points. For Morse, letting same-sex couples raise children will render biological kinship obsolete. Men and women are not interchangeable, she argues, and each brings different characteristics to parenthood, so recognizing the legal right of gay and lesbian couples to form families will marginalize one sex and what that sex has to contribute. The problem with this argument is that there are many happy, healthy children who are raised by people other than their biological parents. Some children are raised by single parents, single grandparents, an uncle, an aunt, older brother, or older sister, or maybe two uncles, two aunts, two brothers, or two sisters, but none of these family unit types is inherently bad for children, because it is not necessary to have one father and one mother in order to raise a happy, healthy person. In addition, allowing two men or two women to raise children does not mean fathers will suddenly start leaving their heterosexual family units. And anybody who cares more about where children come from than how children are being raised cares far less about children than about tradition.

Besides, to say that men and women are not interchangeable because they offer different characteristics suggests that men are supposed to be the strict disciplinarians, and women, the softhearted nurturers, as if men are not supposed to be as nice or as kind as women. This traditional view of sex differences is problematic and highly dangerous, as psychologist Cordelia Fine explains in her book Delusions of Gender: How Our Minds, Society, and Neurosexism Create Difference.If we will take kindness and empathy wherever we can get it, why in the world would we try to discourage it in men?

For children to be raised by one biological father and one biological mother, procreation is required. For Morse, procreation is the reason for the institution of marriage, and gay people cannot procreate with one another, therefore gay marriage should not be legalized. This, too, is ludicrous. For if procreation were fundamental to marriage, we would refuse marriage for sterile people, post-menopausal women, or people who simply choose not to procreate. And yet we obviously do allow these individuals to marry, therefore marriage is not necessarily about procreation. Because marriage is not necessarily about procreation, there is no reason not to allow gay people to marry each other. 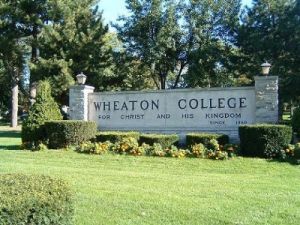 But procreation (or the absence thereof) is not the only concern Morse has about gay marriage. She also claims that those who follow the Christian faith tradition will be unable to practice their religion freely if gay people are allowed to marry. We know this is absurd, because gay people have been allowed to marry in Massachusetts for several years now, and yet Christians are still allowed to practice their faith there. Allowing gay people to marry does not logically entail that Christians will be unable to evangelize they are permitted to rail against gay marriage till the cows come home because their right to do so is protected by the First Amendment to the United States Constitution.

Even if marriage is not about procreation, Morse still objects to gay marriage on the grounds that it conflicts with Biblical teaching and Christian doctrine. This is unsatisfactory. First, the United States government is secular there is no state religion therefore it is not obliged to cow-tow to religious doctrine in debating gay marriage. Second, so what if it conflicts with Biblical teaching? That a teaching is found in the Bible does not mean that that teaching is right. The Bible also states that it is acceptable for a man to sell his daughter into slavery, but this does not mean that such a practice is right. Third, if Biblical marriage is Morse's common denominator, she should be championing incest, polygamy, and forced marriage of rape victims all of which litter the pages of her cherished holy book. And yet she conveniently overlooks those parts of the Bible; why, then, should she take the injunction against homosexuality any more seriously?

Finally, Morse claims that marriage is defined as the union of one man and one woman, and not two people of the same sex, because gay marriage has never been approved by a public vote. But this is a type of appeal to tradition combined with an appeal to the people: it is rather like saying that marriage cannot be defined as a union of a black person and a white person if it has never been approved by a public vote. That gay marriage has not been approved by a public vote does not logically mean that marriage cannot be defined as the union of two people of the same sex it only means that it has not been defined so by the public. And if Morse is suggesting that gay marriage has to be validated by the public in some sort of popularity contest, she is mistaken. It is not the public's business whether Jane receives the remaining Social Security benefits of her deceased partner Mary. It is a private matter. And when majorities do vote on minority rights, as when legislatures consider constitutional amendments, or as when judges adjudicate such laws, they must be compelled by reason and fairness, as Thomas Jefferson made clear.