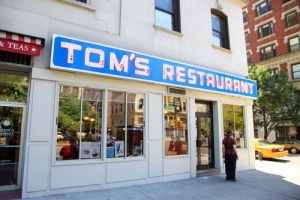 Imagine having your wedding officiated by "Kramer", the quirky character from the hit 1990s television sitcom Seinfeld. Surprisingly, reality might not be so far-removed from fiction: it turns out Kenny Kramer, the real-life inspiration behind the fictional Cosmo Kramer, has become a minister in the Universal Life Church Monastery to perform wedding ceremonies for anybody who wants an alternative to the traditional ceremony. The Rev. Kramer joins a host of other celebrity ministers, including Conan O'Brien, Fran Drescher, and Kathy Griffin, who have an online ordination through the ULC Monastery.

Online ordination was a natural step for the offbeat, unconventional Kramer, who has been a living tourist attraction on New York streets for a number of years now. Since 1996, he has been running his own "Kramer Reality Tour", taking visitors on trips to the real-life locations in the world of Seinfeld, and before becoming a minister he was a stand-up comic, reggae band member, and disco jewelry salesman. The idea to get ordained online came during a trip to Cabo San Lucas, where his girlfriend performs as a musician at wedding ceremonies. "I thought, 'I could do this much better than them'", he jokingly told the New York Daily News. "I did 10 years as a comic. And I can pretend to be very sensitive wait, don't print that!" In pursuit of his dream, the Reverend finally obtained his license to legally officiate weddings in New York on 6 June.

Like many other celebrity ministers, Kramer does not take his job so seriously that his weddings become boring or staid affairs mired in solemn tradition; rather, he infuses his ceremonies with his own brand of humor and lighthearted commentary, in the same way as comedians like Joan Rivers (who has also become a minister in the Universal Life Church). "So here in New York, if I say you are man and wife, you're married although I was thinking that I could give a one-year warranty", he told the Daily News, 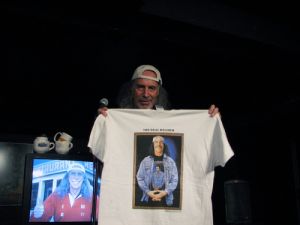 joking that "[i]f it doesn't work out in the first year, I'll give you credit for another wedding."

Despite his jocular, lighthearted approach to weddings, Kramer has also revealed a commitment to justice and equality. According to the Daily News, he is also open to performing same-sex weddings. This means such weddings with receive full legal equality with others, since New York State recognizes the legal status of both same-sex weddings and online ordination. In addition, the recent repeal of Section 3 of the Defense of Marriage Act means the weddings will also be recognized by the U.S. federal government.

The Universal Life Church** Monastery** would like to congratulate the Rev. Kramer on his new career path as a minister ordained online and extend its best wishes to those he marries. It is not always easy to become a minister, especially when you veer off the beaten path to walk a new one; nor is it easy when you have a history as a stand-up comic or a connection with popular culture. If ministers like Kramer prove anything, though, it is that marriage need not follow a pre-determined script to have meaning and relevance.

Those who would like to be married by Kramer can reach him at www.kennykramer.com.