Can Ministers Ordained Online Revive the Role of Clergy? 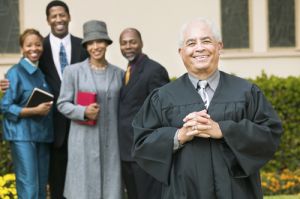 Do ministers provide essential services to members of society? Should members of the clergy be brainstorming ways to overhaul their ministries and remain relevant in the twenty-first century? A new survey conducted by the Pew Research Center suggests most Americans do not think ministers contribute to the well-being of society. The results may seem disheartening, but they also encourage ministers ordained online in the Universal Life Church and other online churches to re-envision the role of clergy and explore creative ways of making a greater impact on people's everyday lives.

Ministers are not the only professionals whose importance is decreasing in the minds of Americans, but they still rank much lower than other professionals. According to the Pew Research Center findings, most professions listed in the survey are considered less important than they were in 2009. However, ministers are not only considered less important; they also rank well behind soldiers, teachers, doctors, scientists, and engineers. While only 37 percent of Americans think people who become a minister contribute "a lot" to society, 78 percent of them think soldiers and other military personnel do. Perhaps surprisingly, given their not-so-shining reputation, business executives were the only professionals in the list who saw an increase in social prestige, with a 3-percent increase from 21 to 24 percent since 2009.

Attitudes about the importance of ministers were also broken down according to church attendance, race and ethnicity, and religious denomination. Generally, white people and people who attend church more frequently believe ministers contribute more to society than minorities and people who attend church less frequently. Among those who attend weekly, white mainline Protestants placed the greatest importance on the clergy to society's well-being, followed by white Catholics, white evangelicals, black Protestants, and Latin Catholics. Among those who attend less than weekly, white mainline 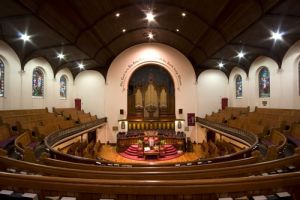 For the devoutly religious (at least observant white Protestants) these figures may portend the onset of moral lassitude and the eventual downfall of society, but in response to this view we should ask ourselves several questions. Do the clergy deserve to be considered more important to the well-being of society than they are? Do they need to modernize their ministry and adopt a new, more practical approach in order to better improve people's lives? Can we breathe new life into the clergy by showing people what it means to become a minister online?

Perhaps the most important of these questions is the last, because it forces us as members of the Universal Life Church to re-imagine what it means to be a minister. No longer must a man or woman of the cloth preach from the pulpit to an unquestioning, nodding congregation; nor must he or she condemn other religions, alienating non-believers as outsiders. As ministers ordained online, we have the chance to show those disillusioned with the clergy that ministers do serve society when they embrace everybody as an equal participant, and not as a wayward child to be reformed. In an increasingly egalitarian society, this is the way to move forward.

The Pew Forum on Religion and Public Life