Few things spark more heated debate these days than the topic of immigration. On both sides of the matter, emotions run high and beliefs are deeply ingrained. But there is another aspect to this argument, one that is often glossed over immigration is a political issue, sure, but it's also a moral issue. If people from other countries are struggling, are we morally obligated to help? If we have room to spare, should we feel compelled to offer an invitation? Finally, and perhaps most importantly: if they're already here and living in the United States illegally, should we send them home?

If you're not a fan of illegal immigrants, the simplest solution is to boot them out, right? But let's examine that option. It's one thing to send a convicted criminal packing you'll find few people protesting that decision. But what about a single mom? Suddenly the situation becomes murkier. What about someone brought to the United States as a child by their parents? They may be living here illegally, but arrived by no fault of their own. What are the ethics of sending that person back to their country of origin a place they have no memories of and zero attachment to?

In the midst of tempestuous debate, these are questions that ought to be considered. 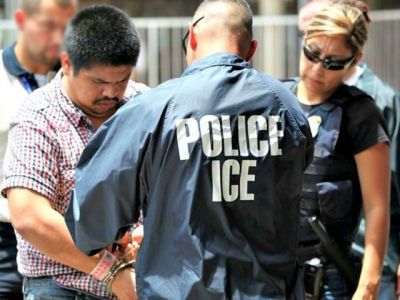 There are currently 11 million people living in the United States illegally. We couldn't deport them all even if we tried. However, with small-scale deportations raids on the rise, those without papers are leading lives of constant fear. The psychological effects of immigration raids affect families, businesses, schools and churches. Immigrants report being too nervous to make routine trips to the store or out to dinner.

Strikingly, the city of Philadelphia recently announced that it will be canceling its annual Cinco de Mayo holiday celebration due to concerns about deportation. Over 15,000 people normally attend the lively street party; this year, the streets will be empty.

Whether one supports taking a hardline stance on immigration or not, every action may come with unintended consequences. Consider, for example, the perspective of domestic violence victims living here illegally. Many who were planning to testify against their abusers have since decided against it. They fear being deported, should the justice system rear its head in their direction. The result? Abusive men are now free to continue their awful ways instead of facing the punishment they deserve. 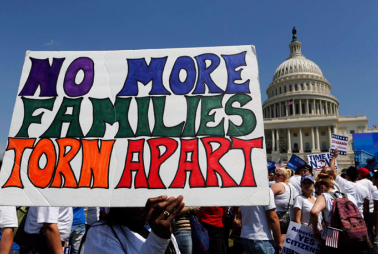 The L.A. Times recently ran a story highlighting numerous immigrant families who are suddenly concerned about getting separated. If the children were born here, they are U.S. citizens. The parents, on the other hand, might not be. The burning question: if both parents get deported, what happens to their children? Some parents are asking friends to sign documents to become legal guardians, just in case. It's a precautionary measure, but the stakes are high. Not taking this step could mean sons and daughters of immigrants being shuttled into the troubled U.S. foster care system.

What Do We Stand For?

All of these issues bring us back to the morality of immigration. Paving a path forward on this problem will not be easy. With intense division afflicting public opinion, we are not currently positioned to come to a consensus. Before the conversation can begin, we must find answers to challenging questions. Only by first defining our values do we stand any chance of generating a resolution.