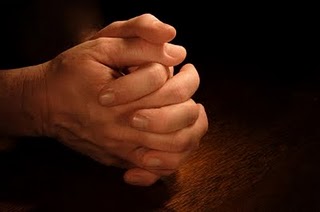 With the recent spate of studies on the science behind intercessory prayer, a growing number of people have come to question whether seeking the aid of a divine power or concentrating intention on the healing of the sick can be demonstrated and proven scientifically. While many doctors, scientist, and philosophers challenge the assumption that prayer can be tested scientifically, others suggest that it is not only possible, but a cheap, effective, and widely overlooked method of healing. Can prayer be scientifically studied? If it can, and if it has been, what do the results show?

One opponent of the scientific validity of prayer is secular humanist and former Pentecostal healer Hector Avalos, who argues in his essay "Can Science Prove That Prayer Works?" that we can never prove scientifically that prayer works because prayer cannot be scientifically tested in the first place. Since a point-by-point summary of his points would not be feasible in this article, suffice it to say that for Avalos, experimenting on prayer is absurd because the god being prayed to is the omniscient, omnipotent, omnipresent Judeo-Christian god, and that because this god is unknowable, it is impossible to know that this god answered a prayer; moreover, for him, it is impossible to isolate a control group of non-prayed-for people, because there are people in the world praying for all life.

But what about prayers that do not involve such a being, or such a geographic scenario? What about prayers to a finite god or demi-gods, or a pantheistic god of which each living being is a part, or no god, or prayers which require a measure of propinquity or familiarity between the people involved? Avalos's argument does not seem to account for these cases, for the following reasons.

If one's idea of prayer is to beseech the healing aid of a non-Abrahamic or pagan deity on behalf of a person who is present or whom the praying person has encountered, or if the act does not involve a god, but channeling positive thoughts towards such a patient, it might make more sense to conduct experiments on prayer than Avalos claims. Moreover, Avalos does not consider the more straightforward benefits of prayer: according to one study conducted by Florida State University psychologist Nathaniel Lambert, "Those who had prayed for their partner harbored fewer vengeful thoughts and emotions: [t]hey were more ready to forgive and move on", while this forgiveness was boosted by an increase in "selfless concern" subsequent to the act of praying.

So there seems to be some evidence to suggest that it would not be absurd or impossible to experiment on prayer in which the patient is present or familiar with his or her benefactor, or in which the deity is not wholly unknowable, as in Baptist, Lutheran, or other evangelical Christian churches, or in which no deity at all is involved. And even if prayer has no remote spiritual benefit, it may have personal and psychological ones, as Lambert's study suggests. As always, we would like to hear our ministers' thoughts on the usefulness of prayer and how it has affected their lives.

Read more about secular humanism in our Guide to Divinity.