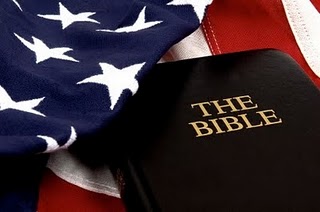 One would think that when America's "founding fathers" developed the concept of separation of church and state and enshrined it in the nation's constitution, it was end-of- story, case closed. But for some reason, the case remains quite open in the United States, while in other western democracies (France comes to mind), the answer is a foregone conclusion. In other words, the question whether religion should inform politics is still relevant for many Americans whether or not the answer is a patent "no" for the rest.

The debate in fact is so complex and multi-faceted that there is even a liberal position which holds that religion has, can, and should inform politics, but that the way many conservatives are using it is unethical, manipulative, and even a form of terrorism. Huffington Post contributor John Elerick is one such individual. In a recent blog entry titled Using the Bible as a Political Weapon is Terrorism, the cultural theorist argues how House Minority Leader John Boehner unethically used scripture to manipulate the political process when he said the passage of President Obama's health-care bill would lead to "Armageddon". Elerick does not object to the use of religious texts to influence the political process, however, but rather argues that such texts should be used for the purpose of healing and hope.

But this well-meaning approach still conflates religious motivations with political obligations, and such behavior is expressly forbidden in the First Amendment of the U.S. Constitution.

Exactly what should be the relationship between religion and politics, according to Elerick, and how does he justify it? For him, the historical precedence of religious influence on government is sufficient evidence for its appropriateness: "At one time, embedded within the fabric of our history, there was this worldview that welcomed the body politic into conversation with religious ideology", but, despite their frequent conflict with one another, "they found a way to support each other rather than manipulate each other". Elerick then goes on to say, with a sentimental reverence for the past, that just as Easter reflects the resurrection of Christ, "maybe we can all come together and embrace the resurrection of Jesus as a new kind of resurrection of this old worldview". But saying that faith and politics should mix just because of historical precedence is like saying that something should be a certain way just because it was. It is a fallacy: that something was a certain way does not necessarily mean that it should be the past may merely reflect past errors.

It was these past errors in mixing religion with politics that Thomas Jefferson and the other founding fathers took into account when crafting the U.S. Constitution and including the religious non-establishment clause of the First Amendment. John Adams echoed this principle in Article 11 of the Treaty of Tripoli, a 1797 document affirming the harmonious relations between the United States and Muslim countries:

As the Government of the United States of America is not, in any sense, founded on the Christian religion, as it has in itself no character of enmity against the laws, religion, or tranquility, of Mussulmen, and as the said States never entered into any war or act of hostility against any Mahometan nation, it is declared by the parties that no pretext arising from religious opinions shall ever produce an interruption of the harmony existing between the two countries.

It is striking that such a cool, secular attitude in American politics should be eclipsed two centuries later by an ardently pious one. Nevertheless, one commenter on Elerick's article pointed out, "[r]eligion cannot coexist with politics because monotheistic belief systems are not subject to compromise[,] whereas the art of politics leading to good government requires reasonable compromise[,] especially in a democracy like ours". The assertion that the two cannot co-exist seems a bit extreme surely the First Amendment, by guaranteeing freedom of religion, assumes they can but perhaps it is true that the one cannot inform the other without creating a contradiction between two essentially incompatible things. Now, one might ask, "But the religions of the world teach universal values such as love and charity", but if such values are universal in the first place, they are not just religious, and secular people hold them too. It is the religious-specific theology behind such values, not the values themselves, which conflict with secular government.

If people like Elerick want politics to be influenced with the "good" teachings of the world's religions, this might be perfectly okay, but perhaps they should be treated in their secular capacity and separated from their religious context, which often colors or qualifies them with a specific theology or dogma. In other words, the podium is not a pulpit, the House Speaker, not a preacher. We should keep principles such as love, hope, and charity in the debate without weaseling in a specifically faith-based outline or rationale for them.

As a non-denominational, universal church, Universal Life Church Monastery stands by its doctrine that every person has the right to exercise any or no religion in accordance with his or her own conscience; however, we invite our ministers to offer their own thoughts on the idea of taking the "good" parts of religion and inserting them into the political system.