Christian Professor: “Did Jesus die for Klingons too?” 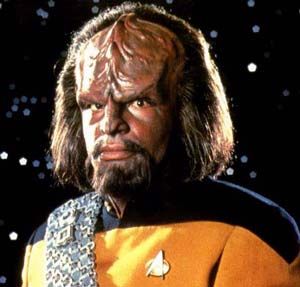 Did Jesus die for Worf too? One man has attempted to answer this very question.

A while ago on the ULC Monastery blog, we discussed what discovering extraterrestrial life would mean for religion, but we did not exactly address how such a discovery might challenge the foundations of Christian beliefs specifically. According to one Christian professor of religion, Christianity will have a hard time explaining the discovery of intelligent alien life given its current set of doctrines. If alien life ever is discovered in the future, Christian teachings will have to be modified in order to remain relevant and account for new data, and there are several possible ways to do this.

The problem facing Christian doctrine and theology if alien life is discovered was summarized in a speech by the Christian religion scholar Christian Weidemann of Germany at the 100-Year Starship Symposium on space travel in Orlando, Florida, a conference sponsored by U.S. defense department Darpa (Defense Advanced Research Projects Agency). Weidemann's speech, entitled "Did Jesus die for Klingons too?" was intended to address the conflict between Christian theology and the potential discovery of life on other planets. In his speech, Weidemann presented several theories in an attempt to answer the question whether the blood sacrifice of the Christ avatar could redeem advanced alien life forms on other planets.

Among these is the theory of multiple incarnations. For scientists, the whole of creation consists of 125 billion galaxies with hundreds of 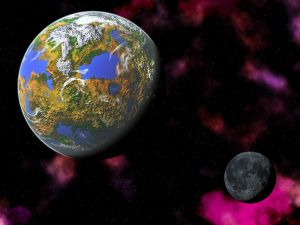 billions of stars in each galaxy. For Christians, however, the whole of creation (as described in the Biblical book of Genesis) is limited to life on planet earth, while the rest of the cosmos is a vast, lifeless wasteland (at least in the traditional view). This leaves the salvation of alien life unaccounted for. Weidemann attempts to correct this problem is by suggesting the possibility of multiple incarnations. If intelligent life exists on other planets, they are probably sinners too, so God would have had to incarnate multiple times on these different planets in order to save their inhabitants from damnation. Otherwise, Weidemann explains, God would have to abandon these worlds and their inhabitants and choose only the human race to save, which seems a little bit unfair to say the least. However, the multiple incarnations theory would account for the redemption of extraterrestrial life-forms.

This solution can also be applied to another problem Weidemann attempts to tackle--Christianity's inherent monotheism. Hypothetically, God could incarnate into life-forms belonging to different species from different planets, and he would still be the same spirit in each incarnation, solving the problem of polytheism. However, these beings would still look physically very different from one another, leading Christians to view them as discrete entities and hence reject them as polytheistic. Besides, Christians tend to believe that God took the form of Jesus alone, and of no other being. For these reasons, the multiple incarnations theory would be hard for Christians to swallow. This is not the case with other religions. Hindus, pagans, and other polytheists would not have as much of a problem with the multiple incarnations theory, because they are comfortable with the idea of embracing multiple deities, and Islam has no avatar, so the multiple incarnations theory might not conflict as much with that religion either. The solution to this problem is simple: Christians would have to move past the doctrine which states that Jesus is the only human being who ever embodied the soul of God and allow for the possibility that God inhabited the bodies of intelligent creatures on other planets too.

But the conflict extends beyond these two discrepancies--Weidemann also tries to resolve the conflict between Christian theology and the discovery of extraterrestrial life by exonerating extraterrestrial beings of all wrongdoing. It is possible, he posits, that human beings are the only sinful life forms in the universe, and that the rest of life in the universe is morally incorruptible. If so, God would only have to incarnate as an avatar on planet earth, and he could trust alien life to its own devices without having to send them Jesus Christ of Nazareth. However, Weidemann has an important caveat in regard to this theory: if there is life elsewhere in the cosmos, it is probably sinful, too. So, the theory of alien moral incorruptibility would be insufficient to resolve the Christian-extraterrestrial conflict, and we must search for a better theory.

To summarize, there is a conflict between Christianity and the potential existence of extraterrestrial life: Christian teaching does not account for extraterrestrial life in providing a pathway to redemption, because Christians believe that life is limited to planet earth and that God incarnated only as Jesus of Nazareth. In addition, any aliens that have existed would probably be sinners, so they would have to have been visited by Jesus in order to be redeemed. Weidemann attempts to solve the first two problems by positing a multiple incarnations theory: alien life can exist on other planets and be redeemed there if God incarnates on those planets, while the multiple incarnations theory solves the problem of Christian monotheism, because it allows a single over-soul to inhabit multiple, very different bodies. And we can also say that aliens would not have to have been visited by Jesus and redeemed by him if they are morally incorruptible, but we seem to find it hard to view extraterrestrial beings as absolutely perfect, so the former two scenarios seem more plausible. The point is that if extraterrestrial life is discovered in the future, Christianity will need to be seriously revamped in order to account for this new scientific discovery and remain relevant in a changing world--just as it is having to do with the overwhelming evidence in support of evolution.