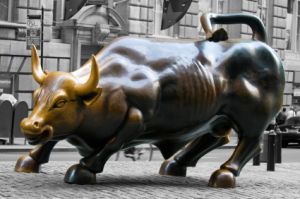 Religion and liberal progressivism have become increasingly polarized in the United States, but new grassroots forces are rising to reunite the two. Typically religion has been absent from left-wing protest movements, but the Occupy Wall Street movement which has spread from New York to other American cities has been characterized by an unusually vociferous religious contingent. It seems only appropriate when one thinks about it. After all, the faithful have traditionally been among the first to speak up against greed and show support for the underdog.

The unexpected spiritual component of the Occupy movement became apparent early on at the demonstration in Zuccotti Park, in downtown Manhattan. Amid the din of drums and shouting could be heard the hymns of the "Protest Chaplains", a group of progressive students, ministers, seminarians, and laypeople from Boston who joined the protesters in their denunciation of corporate greed. Marisa Egerstrom, an organizer of the group and a student at Harvard University's Graduate School of Arts Sciences, said, "In a group that had a lot of bandanas and black hoodies, we stood out.... But people kept coming up to us and saying, 'You know, you are the first Christians I've seen at a protest ... on our side.'" For the Protest Chaplains, it was only natural to speak out against economic practices they views as unethical, and the best way of doing so was through their faith.

But it is not only Christians who are getting involved in the growing protest movement against corporate greed; in many cases Christians, Jews, and Muslims have joined together in an interfaith effort at reform. Another group led by major New York City religious leaders joined the march at Zuccotti Park on 9 October and held a prayer session afterward, but it was not purely a Christian activity; it also involved prayers and speeches by leaders of the Jewish and Muslim faith communities. According to Rev. Donna Schaper, senior minister at New York's Judson Memorial Church, the group's chief motivating principle is the "golden rule" of the Bible--to do unto others as you would want them to do unto you. "The golden rule is not just one that Christians observe", she tells Jack Jenkins of Religion News Service, "... it's a way that all major faiths can unite". But the nondenominational religious activities which have begun to characterize the Occupy movement do not end with prayer sessions. The Protest Chaplains worked with the organizers of the "Occupy Boston" tent community to set up a "Faith and Spirituality" tent, which has hosted Muslim prayer services, yoga workshops, and even a Yom Kippur service.

Interestingly, the interfaith protest efforts of the Occupy movement's religious progressives are driven largely by a traditional understanding of sin and moral corruption. For Schaper and other progressive, left-wing Christians, Wall Street's transgressions are multifarious and conflict directly with the values cherished by their faith communities, and greed is only the most obvious of these moral missteps. In their march at Zuccotti Square, Schaper's group carried a handmade golden calf resembling the famous bull statue near the New York Stock Exchange. "We think Wall Street has become idolatrous", she tells Jenkins. "I'm not saying God is against the people of Wall Street, but I think God is sick of Wall Street taking more than they deserve". Shaper suggests that Wall Street has mistakenly elevated money to the level of the divine, placing less importance on altruism than on the thrill of personal material gain, to the detriment of more indigent members of society. Of course, this position conflicts with that of many right-wing evangelicals, who often seem to champion the theory of trickle-down economics, arguing that the rich must remain rich in order for the poor to benefit from them. However, critics of this position ask whether anyone ever feels this wealth trickle down. Wouldn't a true Christian support legislation which places money directly in the hands of those who need it, without making them dependent on the whims and fancies of the wealthy, who might not be so keen on creating more jobs for people they don't want to pay?

The Occupy Wall Street movement has shown an unexpected religious and spiritual dimension, and a successfully interfaith one, to boot. Groups like Protest Chaplains are protesting extortive and usurious practices of the banks and Wall Street because of their religious convictions, not despite them. Perhaps it is time for right-wing evangelicals to fall in step with their more progressive peers by taking a hard look at how wealth is really being distributed in the United States, who really benefits and how much, and whether their views truly reflect the teachings of the Bible and other holy texts to which they might claim to subscribe. Somehow Jesus managed to give to the needy and remain poor at the same time, so it might be an interesting experiment for religious conservatives protective of their wealth to welcome a few new taxes for once just to see whether the poor can benefit without the economy tanking. The point is not which economic theory works, though--the point is whether Christians, Jews, Muslims, and others have acted in accordance with that commandment which is common to nearly all religions: "He that hath two coats, let him impart to him that hath none ".