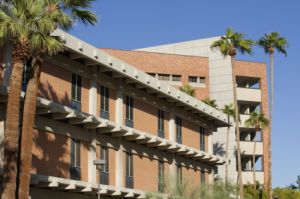 In previous blog entries we have discussed the growing popularity of online ordinations among university students, but one school in particular Arizona State University has seen a surge in the number of ULC ordinations the number now stands at over 100 according to Amy Matro of Statepress.com. While the ordinations at ASU reflect changing attitudes among young people about who should be able to legally officiate a wedding, some young people still have concerns about the integrity of online ordination. These concerns deserve some straightforward responses.

Kenneth Bringelson is one of these people. Bringelson decided to get ordained in the ULC Monastery when his friends asked him to be a part of their wedding. "I had never heard of such a thing before and was incredibly intrigued", he says, adding that he "couldn't believe that you could legally marry people in just a matter of minutes". Despite his decision to get ordained online, Bringelson still has some caveats about the practice. "I think it is a questionable service where anyone can become ordained", he said, pointing out that "[y]ou could have serial killers become ministers On the other hand, it is an amazing feeling to perform a ceremony for your friends, as I was lucky enough to do" and that "responsible people should be allowed to do that and ULC gave me that power". So, as Bringelson explains, online ordination has its pros and cons, and we need to accept the possibility of an abuse of power.

Bringelson's concern is valid. Nobody wants a serial killer officiating at their wedding ceremony, and performing a background check on prospective ministers seems like a reasonable precaution. A couple of points can be made in response to this concern. First, some U.S. states already do require prospective ministers to undergo background checks before becoming legally ordained this requirement just needs to be expanded and universalized. Second, if a ULC Monastery minister was found to be committing criminal acts, most likely they would be reported to the authorities and excommunicated for violating the church's doctrine, which asks members to do that which they believe is right so long as it harms no one and is within the law. Fortunately, this statement strictly prohibits the very criminal activity Bringelson fears.

Another ASU student who has qualms about online ordination is political science student Ruslan Abrosimov, who believes that Eastern Orthodox Christianity is the only true religion. Like Bringelson, Abromisov is concerned over the fact that anybody can get ordained online and become a wedding minister in just minutes. For him, this is an affront to the sacrament of marriage, and the marriage rites of his church are the only true and proper marriage rites. It is a shame, he laments, that online churches approve ordination applications within minutes when so many people have dedicated years of minister training and seminary study to earn the same privilege. In addition, he argues, the truth of his religion can be discovered by studying history, while "freeway churches" and "unfaithful sects" corrupt the true message of Jesus Christ through efforts at reforming or revising traditional doctrine.

Abrosimov's argument has several problems. First, he claims that his religion is the only true religion, and that this can be discovered through historical research, yet he provides no actual evidence or reasoning to support this claim he expects others simply to take it for granted. Consequently, he fails to show that his particular faith is the only true one, or that his church performs the only valid marriages. Interfaith churches like ULC Monastery believe that there is some truth in every religion, and that each person has the right to follow his or her own path. The second problem is with his claim that online ordination makes a mockery of marriage, an unfair, inaccurate, and highly ironic accusation. Conventional minister training allows complete strangers to marry individuals they have no personal connection with just because they have a piece of paper showing adherence to a particular theology, and most county clerks are allowed to grant legal marriage licenses to individuals simply because they have $50 and the right set of chromosomes, and despite the fact that they may not love each other. This hardly constitutes a solemn and reverent act. Online ordination, however, allows individuals to marry friends and relatives people they have a personal relationship with on the basis of love and commitment, lending greater depth, meaning, and relevance to the occasion. (Incidentally, it also allows individuals to perform weddings, perform baptisms, and perform funerals.) Besides, churches like the ULC believe that formal training is unnecessary in order to access divine knowledge. Who, then, is treating marriage as a joke? If anything, it would seem that conventional ordination mocks the institution of marriage, while online ordination preserves its integrity by recognizing the importance of deeply loving unions between family members, friends, and bride and groom.

Even though online ordination is growing in popularity in places like universities, some young people still have qualms about its legitimacy. Some of these qualms are understandable, but others seem misinformed and guided by prejudice and unreason. At first it may appear as though nondenominational online churches will grant a minister's credential to almost anybody, even criminals, but this is not necessarily so, because such churches require its members to obey the law and respect individual rights. (Consider the ULC Monastery's ecclesiastical proclamation of canon law.) In addition, it is unfair to accuse priests ordained online of mocking the institution of marriage, because online ordination emphasizes the importance of kinship and unions based on love and devotion, while money, tradition, and exclusivist theology are the forces which drive the work of conventional ministers and magistrates. Share your thoughts with us. Do these young people have valid concerns about the legitimacy of online ordination?