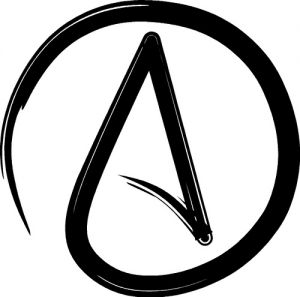 Traditionally, a couple seeking to be married had to go either to a judge or magistrate, or to an ordained minister of a religious organization. If they wanted an official wedding ceremony with all of the festivity but without the religion, they were basically out of luck. Now, however, Tulsa County, in the U.S. state of Oklahoma, offers celebrants in secular organizations the same officiation rights as it offers ministers in religious organizations. With the recent change in law, secularists will be able to get legally married as well as enjoy the same wedding festivities as everybody else does.

The effort to get more secularists recognized as legal wedding celebrants was spearheaded by William Dusenberry, coordinator of the Tulsa Coalition of Reason, who contacted the Oklahoma state government about the matter. The state referred him to his local county, which reviewed the legal requirements for wedding officiation. Technically Oklahoma state wedding law requires marriages to be performed either by a judge or magistrate, or by an ordained religious leader, but the County Clerk's Office has decided to recognize secular organizations as the equivalent of a religious one. (There are also provisions made for religions, such as Quakerism and Mormonism, which do not have leaders.)

With the change in the way the law is being interpreted, more secularists are able to become registered to celebrate weddings. Dusenberry was one of three atheist leaders who became registered; the other two were Randy Bradley, president of the Tulsa chapter of the Freedom from Religion Foundation, and William Poire, president of the Atheist Community of Tulsa. Bill Sherman of Tulsa World reports Dusenberry as saying, "[u]p until now, the religious community has had a monopoly on who can officiate at weddings" and "[a]s far as I know, this is the first time a person representing a known non-religious organization has been registered to perform weddings in Tulsa County". As Poire says, there are other secular wedding celebrants, such as Christina Ward of the Spiritual Humanist Church of Pennsylvania, who are registered to perform weddings in the county, but this is the first time leaders from these other organizations have been registered to do so.

But what criteria did these individuals have to meet? Jason Jones, supervisor of the Family Division in the Court Clerk's Office, said that Dusenberry, Poire, and Bradley (all of whom belong to the Freedom from Religion Foundation) presented a letter to the Office explaining how they had met the requirements for registration. The Foundation has also established an application process whereby individuals may become legal wedding officiants in the organization. Some of the requirements of the application process include regular reading of a newspaper or news magazine, having traveled outside Oklahoma at least three times, having read ten free-thought books, and having fallen in love three times. Dusenberry said these requirements are not set in stone, however. In addition, couples who wish to be married by a celebrant belonging to the Freedom from Religion Foundation must be at least twenty-five years old or university graduates. Jones said, "That's good enough for us to issue a license" and that the Office doesn't "police that".

The best thing about how the Tulsa County law is being practiced is that it gives greater choice to people who had less choice based on their religious beliefs (or lack thereof). With the recognition of secular wedding officiants, atheists, agnostics, and other non-religious people can now enjoy a celebratory wedding ceremony that is legally performed by individuals who share their worldview. If we think about it, it only seems fair to give secularists the same right to partake in the celebration of marriage without the prerequisite of religious memes and traditions. Hopefully, the trend will expand beyond the boundaries of

We are always interested in knowing the thoughts of those who have decided to become a pastor online in a nondenominational church. What do you think about the growing acceptance of secular wedding officiants?