A new study conducted by researchers in Belgium sought to find out how open-minded atheists and agnostics were compared their religious counterparts and the results were surprising. There exists a common stereotype that people who are highly religious are unlikely to embrace other points of view or different belief systems. However, according to the researchers' findings, those who hold strict religious beliefs are actually more tolerant than those who aren't religious at all.

How the Study Worked

Nearly 800 adults from the United Kingdom, Spain, and France were selected at random to participate in the study. The participants first gave their religious affiliation, then answered various questions to determine how tolerant they were of other belief systems.

According to the researchers, the findings illustrated that religious believers "seem to better perceive and integrate diverging perspectives." At the same time, these respondents were quick to acknowledge that they were probably biased because of their deeply-held faith.

Atheists and agnostics, on the other hand, consistently denied being biased against other religious beliefs. However, their answers showed otherwise this group displayed markedly higher rates of "subtle intolerance" than did the religious group.

After the study was released, criticism began to mount concerning the motives behind it. For starters, the research was conducted at a major Catholic university, spurring claims that the results were predetermined by the powers that be. After all, critics insist, it's in their interest to paint secular people as close-minded. Claims of the Catholic university pushing a religious agenda were compounded by the confusing nature of some of the questions posed by researchers. Skeptics contend that the questions were meant to intentionally mislead participants into giving "intolerant" answers.

Can Nonbelievers Be Bigots?

Despite these assertions, no overwhelming evidence has emerged to confirm that the study was biased. So, for the sake of argument, let's assume the results are entirely accurate. What does this mean going forward?

For one, the findings fundamentally challenge the negative stereotype of religious folks as "bigoted zealots" who are convinced their path is the right one. If you ask the average person walking down the street: "who is more likely to be close-minded toward outside ideas?" chances are they'll choose a highly religious person over someone who doesn't ascribe to any particular set of beliefs. 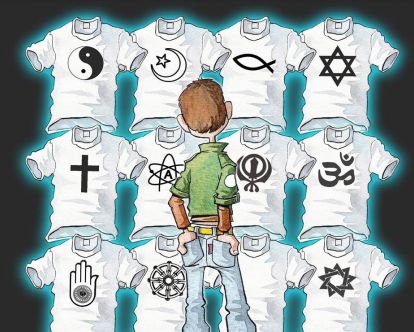 But according to the study, atheists are not exempt from believing their worldview to be the only correct one. In fact, if the findings are accurate, they are even more guilty than religious people of assuming a "my way or the highway" approach.

Who Has the Right Answer?

In addition to measuring tolerance, this study also touches on a larger issue: which religion is the right one? It's a question that humankind has been struggling with since time immemorial. Is there one all-powerful God? Or perhaps many different gods? Is it possible that religion is simply a human construct and there is no right answer?

We may never know. However, the study's findings go to show that there is room for everyone to become more accepting of other belief systems.