What Young People Think about Abortion and Gay Marriage 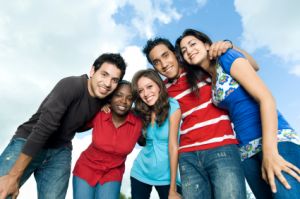 According to a recent survey by the Public Religion Research Institute (PRRI), young Americans are not more supportive of abortion than their parents, but they are more supportive of same-sex marriage. Thus, conclude the authors, while abortion remains a part of the conservative "values agenda", same-sex marriage does not. Young people did, however, show mixed feelings about abortion. The survey raises many questions, forcing us to ask why young people should diverge so much from their parents on same-sex marriage, but not abortion; it has also forced us to confront the conservative reaction to the growing acceptability of homosexuality.

The findings show a statistically significant increase in support for gay marriage, but not abortion, among young people aged 18 to 29 as compared with their parents. About 60 per cent of these young people, called "millennials", say that sex between members of the same gender is morally acceptable, while only about 40 per cent of people aged 50 to 64 say this. In addition, the findings show that 35 per cent of Americans approved of same-sex marriage in 1999, whereas now 53% do. This shift, the authors argue, suggests that homosexuality is no longer the leveraging tool it once was for conservatives seeking voter support.

The findings suggest a different picture for abortion, which millennials do not support more than their parents. Although millennials have traits generally associated with pro-choice attitudes (they are more liberal, more educated, and less religious), 60 per cent of them support legal abortion, as compared with 56 per cent of the general population. This 4 per cent difference is not considered statistically significantly, suggesting that many young people still have qualms about the practice. Moreover, millennials show ambivalence and somewhat contradictory attitudes about abortion: while only 46 per cent say that abortion is morally acceptable, 68 per cent say that at least some abortion and similar women's health-care services should be available from health-care professionals (significantly higher than the 58 per cent figure for the general public). And while 57 per cent of the general public supported legal abortion in all or most cases in 1999, only 56 per cent support it today.

Why the warm embrace of same-sex relationships, and the tepid reception for abortion? One explanation is that young people have more empathy for lesbian, gay, bisexual, and transgendered people than their parents, since more young people nowadays know openly gay friends or relatives than their parents did. However, many young people still have never known young women who have struggled with unwanted pregnancy, and thus they fail to understand the complex array of factors which drive the decision to terminate a pregnancy. Increasing the visibility of such women, and nurturing communication between them and the general population, might help encourage greater understanding of and empathy for women seeking abortion services. In other words, perhaps it is time for these women to "come out of the closet", as it were, in order to mitigate the stigma against needed abortion services.

Americans are not overwhelmingly anti-abortion, however. Despite the ambivalence described above, 58 per cent still believe some form of abortion should be provided by health-care professionals in their community. (Not surprisingly, white mainline Protestants were most supportive of abortion, while white evangelical Protestants were least supportive of it.) So, while this number has not increased significantly, it has not decreased significantly, either.

Back to same-sex marriage, conservatives have not wasted any time criticizing the suggestion that young people show a more accepting attitude. One critic is Tony Perkins of the Family Research Council, a conservative Washington-based organization that promotes traditional family values and opposes abortion and homosexuality: "There is certainly this live-and-let-live attitude", CNN's Richard Allen Greene quotes him as saying, "but once the younger generation gets married and has children it falls by the wayside out of a necessity to protect their children", adding that young people will then begin to "re-evaluate the value construct". In other words, for Perkins, a thing can still be wrong even if it harms no one, and having families gradually makes young people see the "perversion" of homosexuality which they had previously supported, since, after all, it harms children.

Perkins's argument sounds pretty, but it is also deceptive, since it relies on rhetoric and appeals to emotion rather than sound reason. First, what is wrong with having a live-and-let-live attitude? If a person's actions make her happy, and they harm nobody else, what is the problem? To controvert this view seems vacuous and desperate; it signifies nothing more than nosey arrogance. Second, it makes little sense to argue that people will return to the same traditional values as their parents when they have families of their own. If this were so, we should see a similar degree of homophobia among all groups of older adults with families. But we do not see this. According to the PRRI study, about 40 per cent of adults aged 50 to 64 said that homosexuality is morally acceptable, but only 30 per cent of adults aged 65 or older said this. Most people in these groups have families, yet we fail to see the expected similarity in levels of homophobia due to a fear for children's safety. (We must also keep in mind that some families are formed by gay people themselves.) Most likely what is happening here is a gradual attrition of homophobia, generation after generation, as society's needs change and minorities grow more intrepid.

Besides, it seems contradictory, not to mention cruel, to suggest that young people are endangered by homosexuality when, ironically, some of them are endangered for being homosexual themselves. (Consider last year's spate of suicides attributed to gay bullying in the United States.) One wonders who the true threat is. And of course, it is funny to hear people talk about protecting marriage and families when what they are really doing is preventing marriage from happening, and tearing families apart. In such cases it seems to be tradition, and not the well-being of children, that is the most deeply cherished state of things.

Clearly young Americans are much more torn on the issue of abortion than they are on the issue of homosexuality, revealing a much more complex, if contradictory, overlapping of pro-choice and pro-life attitudes. It would be nice to see young people pick up the slack when it comes to much-needed abortion services, but at the same time it is nice to see that they are advancing in terms of legal equality for minorities. It would also be nice to see conservatives desist with the sophistries and employ plain old reason for once. At any rate, the Universal Life Church Monastery views these matters through the lens of a "live-and-let-live" attitude: its sole doctrine is to do that which is right, whatever one believes this to be, so long as it hurts no one and is within the law.

What do you think about the changing (or unchanging) attitudes of young people? Is it a good thing, or a bad thing?