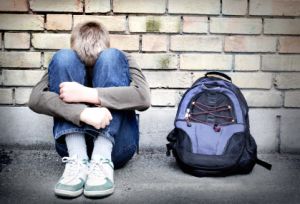 The recent slew of gay youth suicides in the United States has prompted many to re-examine the role of religion in the deaths. A recent survey has now suggests that most Americans believe religious messages have had a significant influence on suicides among LGBT youth. While many conservatives have disputed the fairness of attributing responsibility to church doctrine, preaching, and sermons, youth advocates maintain that religious influence is an obvious and foregone conclusion.

The nationwide survey was conducted October 14 17 by the nonprofit Public Religion Research Institute in conjunction with Religion News Service. According to the results, which have a margin of error of 3 per cent, 72 per cent of those polled believe that negative messages about homosexuality espoused by religions have contributed to the spike in suicides linked to anti-gay bullying despite the fact that some of those participants still believed that same-sex affection was sinful.

In addition, the survey asked participants to assign religion a grade for how well it had dealt with suicides attributed to anti-gay bullying. More than two times as many Americans gave religion a low score than gave it a high score, and almost half gave religion a D or F mark. Participants also tended to give their own faith group higher scores in dealing with the issue: 17 per cent gave their church a B, and 28 per cent, an A. Moreover, some denominations showed more faith in the effectiveness of their church than others: white evangelical Protestants gave their church the highest score, with 75 per cent in this group giving their church an A or a B; followers of the Roman Catholic Church, however, were the most likely of all to give poor grades to their church, with almost one third giving their church a D or an F.

The results showed differences not only in which religions have handled the problem most effectively, but also in gender and age group. Not surprisingly, young females and younger people tend to be more critical about religion's role than males and older people. According to Kristen Moulton, of The Salt Lake Tribune, "[y]ounger people, women and Democrats are most likely to say messages from faith communities contribute to the suicides and negative perceptions of gays and lesbians". The finding further substantiates the common-sense understanding of an ideological divide based on age and gender, wherein young, liberal women tend to be harsher on religion and more empathetic towards gay people than old, male conservatives.

To be clear, the poll does not show a correlation between religious messages and anti-gay bullying and suicide rather, it reflects the perceptions and attitudes of participants as to whether or not such a correlation exists. 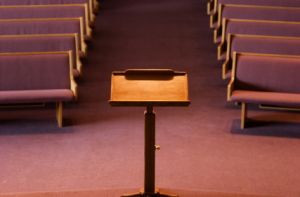 Religious leaders have been quick to judge the criticism against religion as unfair. Bill Donahue, president of the Catholic League for Religious and Civil Rights, has argued that while the suicides are tragic, it is not apparent that they are the result of anti-gay bullying. In addition, Moulton quotes him as saying, "it is libelous to suggest that because Christianity (and Judaism and Islam) is opposed to homosexuality that somehow it should be held responsible for whatever bullying did go on" and, "to suggest culpability is nothing more than a thinly veiled attempt to stifle religious speech". In other words, Donahue's argument is that religion cannot be held responsible for suicides motivated by anti-gay bullying, since these suicides do not necessarily stem from anti-gay bullying in the first place.

But this argument is riddled with logical fallacies and sophistries.

The second fallacy relates to his claim that it is libelous to hold religion responsible for such harassment. Libel means to defame or misrepresent the facts maliciously. But we have already established that there are somecases in which students harass other students for being gay because their religion teaches it is wrong this is an accurate representation of the facts, not a misrepresentation of them. Therefore, it is not libelous to hold religious teachings responsible in such cases.

The final fallacy consists in the claim that holding religion culpable restricts freedom of religious expression. But holding religion culpable for harassment does not restrict the freedom to express disagreement with the victim of the harassment it merely reflects a claim that religion plays a role in inspiring the harassment (and should probably reflect on its teachings). Pointing out culpability is not the same as stifling personal religious belief, because one can blame somebody else and still allow them to speak their mind, so comparing one with the other is invalid. Besides, religious speech legally can be restricted when it is shown to constitute a form of statutory malicious harassment.

Certainly a great deal of purported anti-gay bullying is not based on homophobia, but it is also ludicrous to suggest that none of it is. And in the cases when it is, religious teachings are very often a motivating factor. But what is most reassuring is the fact that such a large number of Americans (those polled, at least) seem to be in league with advocacy groups in holding churches responsible in the cases when homophobia is a contributor. If nothing else, at least the general public is beginning to scrutinize the potentially harmful effects of unwavering religious dogma.

Youth who are contemplating suicide because they are bullied for being gay can find support and resources by contacting The Trevor Project at 866-4-U-TREVOR (866-488-7386) or at http://www.thetrevorproject.org, or by visiting the It Gets Better Project Web site at http://www.itgetsbetterproject.com.