Human rights groups are furious after the United States voted against a U.N. resolution condemning the death penalty and the way it is used to target LGBTQ people around the world.

27 nations voted in favor of the seemingly-uncontroversial resolution, but in a surprise decision, the U.S. was among 13 countries to oppose it. Joining them were governments with such stellar human-rights records as China, Iraq, Qatar, and Saudi Arabia.

Resolutions urging countries to abolish the death penalty are hardly new to the U.N. However, as opposed to past resolutions, this one specifically highlighted the unjust use of capital punishment against the LGBTQ community and other marginalized groups. Given the nature of the message, many expected the U.S. to vote in favor or at the very least abstain from voting. Instead, Nikki Haley, the U.S. Ambassador to the United Nations, voted against it.

The Human Rights Campaign (HRC), America's most prominent LGBTQ group, was quick to blast the current administration and Ambassador Haley. After the votes were counted, the group released a scathing statement:

"Ambassador Haley has failed the LGBTQ community by not standing up against the barbaric use of the death penalty to punish individuals in same-sex relationships. While the U.N. Human Rights Council took this crucially important step, the Trump/Pence administration failed to show leadership on the world stage by not championing this critical measure. This administration's blatant disregard for human rights and LGBTQ lives around the world is beyond disgraceful." 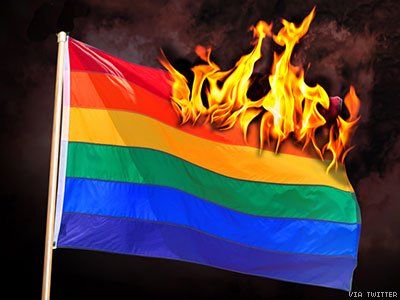 The Crime of Homosexuality

It seems crazy to think that being gay can get you killed in some places, but that's the startling reality. In as many as 10 countries around the world, homosexuality is a crime punishable by death.

"It is unconscionable to think that there are hundreds of millions of people living in States where somebody may be executed simply because of whom they love," said Renato Sabbadini, executive director of the International Lesbian, Gay, Bisexual, Trans and Intersex Association (ILGA).

He called the vote a "monumental moment" which showed broad international support for protecting LGBTQ rights. However, America's decision to vote against created an unavoidable blemish on an otherwise encouraging outcome.

Is the White House Anti-LGBTQ?

A spokesman for the U.S. State Department insists that the vote had nothing to do with LGBTQ rights, and that the news reports were "misleading." Officials claim that "the United States is disappointed to have to vote against this resolution," and that the decision was due to "broader concerns with the resolution's approach in condemning the death penalty in all circumstances and calling for its abolition"

That very well may be true, but the optics certainly aren't good. The timing isn't ideal either, as the White House is currently pushing for "religious freedom" legislation a move that critics argue will provide a legal pathway to discriminate against LGBTQ folks.

Is the Death Penalty Ethical?

All that aside, the vote also forces the U.S. to confront a tough question: why do we still use the death penalty? Most European countries have long since abolished the practice, on the grounds that it is inhumane. In fact, the U.S. is among only a handful of developed countries that still sentence criminals to die in a court of law. This interactive map breaks it down in detail:

Here in the U.S., the death penalty is given for only the most heinous crimes. The logic is that if a criminal is violent enough, they should meet violent ends. However, justice isn't always just; over the years, there have been numerous people put to death who were later determined to be falsely convicted.

For their part, opponents of capital punishment argue that killing another humane is immoral, no matter their crime. Plus, they point out, the death penalty gives the individual the quick way out. Why not force criminals to spend life behind bars reflecting on their crimes?

Both sides make clear arguments, but unless we see significant public pressure to abolish the death penalty, things are unlikely to change. In the meantime, the United States appears determined to continue defending its use on the world stage.

Where do you stand? Is the death penalty a morally defensible form of punishment?