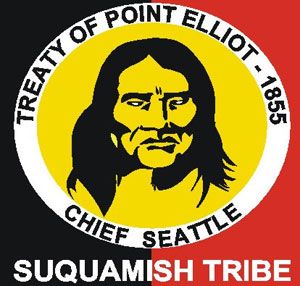 On 1 August 2011 the Suquamish Nation, located northwest of Seattle along Washington state's tangled coastline, became the second Native American tribe in the United States to legalize same-sex marriage. The first tribe to do so was the tiny Coquille Nation in Coos Bay, Oregon. The new legislation was possible because these tribes are federally-recognized sovereign nations, so their laws are not necessarily subject to state constitutional bans on same-sex marriage. An important question arises in light of this legal step forward: If a same-sex marriage is performed on tribal land, why can't it also be recognized by the state or federal government? Ideally, it should be, if the Fourteenth Amendment to the United States Constitution has any relevance.

By the way almost everybody has an opinion on this topic, so we want to know you think as a minister ordained online in the ULC Monastery.

But first let us take a brief look at the tribe's decision. The new legislation was spearheaded by tribal member Heather Purser, an openly lesbian Seattle resident. For months Purser had been attending tribal meetings and requesting that the council amend the tribal constitution to legalize same-sex marriage. After meeting somebody special, she attended a tribal meeting in March and reiterated her request, and the tribe voted unanimously to enact the amendment. In June the tribe held a public hearing on the matter, and on 1 August the amendment was finally adopted, with no opposition. Purser's old sister, who attended the March meeting, told the Seattle Times that "for Heather it means acceptance and recognition from out tribe".

What does all of this have to do with people who become ordained online as priests or ministers, you may ask? More than you might think.

There is a good reason why this policy is unjust, and why those who decide to get ordained in a nondenominational online church have a vested interest in the issue for their own reasons. The reason why same-sex marriages recognized by Native tribes should also be recognized by the federal government is found in the Fourteenth Amendment to the United States Constitution. Specifically, the Equal Protection Clause of the Fourteenth Amendment requires states to grant equal legal protection to every citizen:

[N]o state shall ... deny to any person within its jurisdiction the equal protection of the laws. 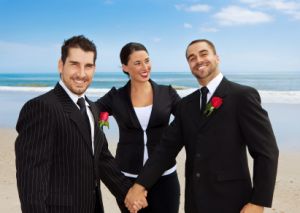 And, of course, the same goes for people who belong to any one of the various religions of the world. Under the Equal Protection Clause, the federal government cannot recognize all marriages solemnized by one religious denomination, but not all marriages solemnized by another religious denomination, without violating its own Equal Protection Clause. Same-sex couples married by people who decided to become a wedding officiant or marriage minister in order to solemnize same-sex weddings would deserve the same protections as other married couples if the federal government were to practice what it preaches.