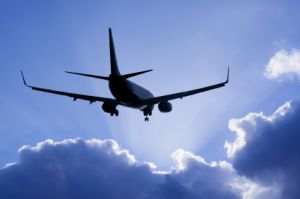 One of the first weddings of its kind in the world will take place when a major Scandinavian airline finds a couple to perform a wedding ceremony for in-flight, aboard one of their aircraft. The search is part of a competition held by SAS, an airline co-owned by the governments of Sweden, Denmark, and Norway, as a part of a social network and media campaign called "Love is in the Air".

The wedding is expected to be held at the beginning of the Christmas season, on 6 December, on an Airbus A340 flight from New York to Stockholm. The competition is similar to others which have offered luxurious or one-of-a-kind deals for winning couples: contestants can go to a special Web site (http://www.flysas.com/love) to set up a profile, compete for votes, and hopefully come out the winners. The idea is that visitors to the site vote on the courtship narrative they find most inspiring and then vote for the couple represented in the narrative. The couple with the most votes for their story wins the prize: a modern wedding ceremony officiated onboard an airplane.

But the prize doesn't end with a mere ceremony aboard an airplane. After spending time in one of Europe's great havens of liberalism, the winning couple will be flown back in business class to New York, where they will receive three nights' accommodation in the W Hotel, after which they will be flown to Los Angeles and spend three nights at the Andaz West Hollywood. Not a paltry reward for some persuasive essay-writing skills.

It remains to be seen exactly how the legal wedding officiant, best man/woman, and bridesmaids/men will be accommodated, but one thing is for sure there will be no problem finding an audience among the over 200 seats on the aircraft. Besides, why should such predictable weddings traditions be shoehorned into every ceremony as if they were timeless, essential components? There's nothing wrong with mixing and matching, or with re-imagining the traditional wedding, if at the end of the day it makes a meaningful impact on bride and groom.

But the reader will ask, "Yes, but how exactly does this make SAS so special? After all, airlines have been hosting weddings on board airplanes for decades." What makes SAS so special is the fact that their wedding would be the first on-flight same-sex wedding ceremony in the world. As the airline's chief commercial officer, Robin Kamark, said, "SAS is the national airline of three of the world's most liberal and progressive countries in the world, especially when it comes to LGBT rights, so we feel this is a natural celebration of love." Perhaps it is time for the United States to catch up, but that will probably take decades of looking to other countries to make the first move.

We would like to hear about the unique wedding stories of those who have become ordained online as a minister with Universal Life Church Monastery, whether this is your own wedding or a wedding you have officiated, an extreme adventure wedding, a retail store wedding, or some other ceremony that is in some way quirky or unconventional. What was your inspiration for celebrating this special sacrament of love? Feel free to share with us.