Was Jesus Really Divine? Does It Really Matter? 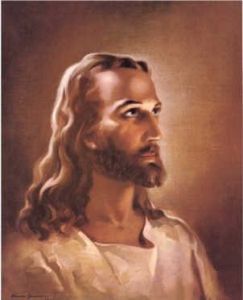 The question may seem a little passé, but it still entices many. After all, if we had an answer, it would mean a fundamental paradigm shift for the world's largest religion. While some Christians doggedly maintain the divinity of Jesus Christ of Nazareth, others question the claim while emphasizing the importance of the message behind the personality. So which is more important the divine heritage, or the divine message?

The traditional view of Christ's divinity has been stalwartly defended by Christians in Lebanon, who recently persuaded Muslims in the country to stop airing a television series that depicted Jesus Christ as a mere prophet. (Muslims revere Jesus as a prophet, but not as the Messiah.) The effort was defended by Bishop Bechara Rai, president of the Episcopal Commission for Mass Media in Lebanon, who maintained that Christians objected to the "distorted" depiction of Christ by Muslims. As Rai tells Reuters, the events explored in the seventeen episodes "were fully wrong, or partially wrong or distorted and were inconsistent with the Bible [recognized] by [The Roman Catholic Church]". He adds that the series "also denies the divinity of Christ", portrays Judas as the victim of the crucifixion, and also leaves out the resurrection. Well, clearly. After all, it is a series aired by Muslims in a largely Muslim democracy, which means that any depiction of the life of Christ whether Muslim, Christian, or other is legally sanctioned. What is so surprising about that? But the important point is that some Christians still place emphasis on the divinity of Christ.

On the other side of the debate are the progressive Christians who have challenged the divinity of Christ. Last month, a group of one hundred religious scholars attended the 25th annual Jesus Seminar, where they challenged the authenticity of sayings attributed to Jesus Christ. The event is part of a growing tradition of skepticism among Christians over the literal truth of the gospels as well as the authorship of its four books. The first seminar was held in 1985 by Robert Funk, who rejected fundamentalism in his youth and sought a forum for scholars to debate Biblical inerrancy; it has since popularized the notion that Christ was mortal. Conservative critics argue that members represent only a minority view and seek publicity; members argue that publicity is the whole point that spreading the view of Jesus as a very human social justice advocate, and not a blood sacrifice for human sin, is paramount. For member Lane McGaughy, the seminar democratizes the debate on the character and teachings of Jesus Christ: "It's opened up some very interesting changes in a lot of these so-called dying churches. Because of the Jesus Seminar, a lot of people feel that they have permission to ask questions that they never before thought they could ask in church."

Jesus was a mortal and fallible social justice activist whose corpse may well have been eaten up by maggots centuries ago. Not a flattering vision, but perhaps one whose teachings offer just as much hope as a compulsory blood sacrifice. In C.S. Lewis's religious allegory The Chronicles of Narnia, Aslan looked nonplussed at Lucy when she asked whether he could forgo the "Deep Magic" (the ritual blood sacrifice to appease the deity from beyond the eastern ocean), for such a question was unthinkable. The blood had to be spilt. But the Jesus Christ which thinkers such as McGaughy contemplate teaches salvation through just treatment of the poor, weary, and downtrodden, without the need for a sacrifice to propitiate a bloodthirsty god. This Jesus offers a simple and much more humane message of spiritual transcendence through goodwill and magnanimity towards one's fellow human being.

So does the divinity of Jesus Christ, as well as the doctrines of grace and atonement closely connected with it, really matter in the ultimate scheme of things? Does God whatever this may be to you take pleasure in blood spilt as recompense for human imperfection, or does she/he take pleasure rather in the knowledge that his/her creatures show love, empathy, and kindness for one another? And who ultimately gets to determine "God's will" those who accuse others (e.g. ministers ordained online) of doing so, but who nonetheless do so themselves? Let us know your thoughts on the subject.