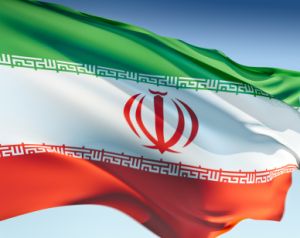 Despite the ideological differences between France and the Roman Catholic Church, it turns out the two see eye-to-eye on at least one human rights issue receiving attention in the news lately: French first lady Carla Bruni and the Vatican have both formally denounced the proposed stoning of an Iranian woman for transgressing against the tenets of the Islamic faith. The unlikely alliance might be seen to illustrate a general Western disapproval for fundamentalist Islamic practices. Ultimately, the indignant backlash from Iran against the condemnation has proved to be a weak and desperate attempt to justify the practice.

It is the first time the Universal Church of Rome has issued a formal statement showing interest in diplomatic efforts to save the life of Sakineh Mohammadi Ashtiani, a 43-year-old widow and mother of two who has been cleared of charges she tried to murder her husband, but who remains on trial on charges of adultery. The statement roundly criticized the proposed stoning method in particular as an inhumane form of capital punishment, but the Vatican spokesman Rev. Frederico Lombardi has also expressed the Church's opposition to the death penalty in general. Of course, the Church has not always categorically opposed the practice (as anybody can tell by a basic understanding of history) and it has had to wrestle with early Christian teachings which are ambiguous at best on the topic, but if the point is to stop the execution, the Church should be abandoning its traditional stance anyway.

Echoing the view of the Vatican, French first lady Carla Bruni and president Nicholas Sarkozy have both voiced their support for Ashtiani, and citizens have expressed their outrage by marching in cities across the largely secular French Republic. Meanwhile, as BBC's Christian Fraser reports, "France has urged the United Nations to threaten new sanctions over the case". Going a step further, Bruni wrote a personal letter to the accused adulteress, in which she expressed her sympathy and an inability to comprehend the fairness of such a punishment:

Iran state newspaper Kayhan (whose editor is a representative of Supreme Leader Ayatollah Ali Khamenei) wasted no time in responding to the heartfelt and impassioned missive. A recent editorial in the paper titled "French prostitutes join the human rights protest" slammed Bruni for being a hypocrite, citing allegations she dismissed back in April that she had an affair with a singer. French actress Isabelle Adjani, a friend of Bruni, has also been criticized by Kayhan as a prostitute and a hypocrite.

The issue is complicated enough as it is without going into every detail. (Visit Care 2 Make a Difference Web site in the links below to read about the case in greater depth.) Here let us focus on the response from Iran's state media (for what it is worth).

The response consists of a specific type of attack ad hominem. Rather than respond to Bruni's actual argument against the practice of stoning, the editor (a mouthpiece of Iran's religious leader) distracts from her point by pointing out her own purported adulterousness. However, this is a tu quoque argument, or an appeal to hypocrisy. Even if Bruni were a prostitute or an adulteress herself, this fact would not discredit her argument, because a person can fail to practice what they preach, and what they preach can still be correct. So, Bruni's personal life has no bearing on the issue at hand, which is whether a woman a widow and a mother deserves to be beaten to death with rocks just because she may have had sex with somebody other than her husband.

Of course, this sort of reasoning will likely prove futile as it falls on the deaf ears of right-wing religious fundamentalists who stick stubbornly to the tenets of their faith, but it is not just fundamentalists who are listening it is also the average citizen, not to mention Western diplomats. If the mere idea of stoning somebody to death for adultery does not strike one as barbaric already, it will certainly seem so if the desperately irrational tone of its defenders is highlighted as it has been above. It provides only more reason for decrying the practice.

It is also satisfying to see an institution like the Catholic Church, which has seen much scrutiny in recent months over allegations of child molestation, take a high-profile stance against human rights violations in unison with such a proudly secular state as France. Hopefully the two can overcome their differences with regard to religion in order to focus their efforts on what really counts.

As our ministers already know, the Universal Life Church Monastery strongly believes in the right of the individual to live their life as they see fit so long as this does not infringe on the rights of others and is within the law, so we offer our support to Ashtiani, increase awareness of her plight, and, even if only in some oblique way, to peacefully change the minds of her oppressors.