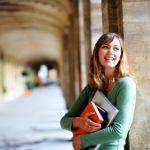 As people find themselves pinching pennies left and right in the poor economy, more students are finding out the benefits of online ordination, and the Universal Life Church Monastery is one place they're turning to. From Arizona State University and Ohio State University to the University of Iowa, the church has proved to offer promising opportunities for students of public research universities across the United States. The University of Georgia is also one of these schools, with over 115 students and professors claiming the title of minister ordained online. Often, the decision to become a minister in an online church is based on financial and ethical considerations.

Because younger university students tend to be poorer than middle-aged adults, online ordination provides a suitable financial alternative to spending years and thousands of dollars on obtaining a traditional minister credential. One University of Georgia student to realize this fact is Michael Bryson, a third-year English major from Watkinsville, Ga. "I found out I could be legally ordained online", Megan Ingalls of Red and Black, the UGA student newspaper, quotes him as saying. "One of my friends got married and spent around $400 on an officiator. I found out online it was very easy and free". As Bryson shows, for students and other low-income people who want to perform wedding ceremonies, baptisms, funerals, and other sacraments, getting ordained in an online ministry works because the applicant is not judged by his or her financial status.

But financial considerations are only one reason students at the University of Georgia are deciding to get ordained online in the Universal Life Church Monastery and other churches. Another reason young, well-educated people are turning to online ministries is the fact that they tend to be relatively liberal and open to new and different lifestyles. One of the weddings Bryson has performed since getting ordained was "for a former employee. The preacher refused to perform the ceremony because she was pregnant", Ingalls reports him as saying. It's not an uncommon complaint among people who want to find a wedding officiant, but that's what churches like the ULC Monastery are for. People turn to internet churches because of their tendency to embrace nontraditional couples, such as same-sex couples, interfaith couples, couples who choose to have premarital sex, or interracial couples (yes, there are still bigots out there who refuse to marry people who have different skin color) without judgement. 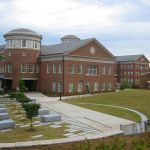 And, of course, like everybody else, a growing number of University of Georgia students are discovering that online ordination makes it easier for people to marry their friends and relatives. This is one of the reasons why online ministries are such a desirable alternative to traditional ministries, as ULC Monastery spokesman Andy Fulton tells Ingalls: "Easily the best aspect of the ULC Monastery ordination for college students is that it allows them to perform informal, fun and inexpensive weddings for their friends and family". In other words, students and faculty members at UGA becoming online ordained ministers not only to save money and marry people from marginalized groups who are turned away from more traditional ministries, but also to make it easier for people to marry those they know and love, rather than send them off to a stranger who happens to have a piece of paper that says they're ordained. So, there is also the level of intimacy and meaningfulness university students and professors are taking advantage of.

More young, smart people like Bryson are rejecting the restrictions imposed on couples by traditional churches and joining nondenominational congregations, where they can fully realize their desire to recognize loving, committed unions. More and more, they are realizing that sex, race, nationality, and even faith are insufficient reasons to deny a couple recognition of their love. And that's where churches like the ULC Monastery step in--to provide a platform for young, fresh minds with their own access to spiritual wisdom to pay tribute to these loving couples without having to face unfair and unrealistic financial and doctrinal impediments. After all, as the ULC Monastery believes, we are all children of the same universe. So, here's to the student minister.