It’s been a big week for Kanye, who legally changed his name to Ye. On Friday, Instagram restricted his account, and earlier in the week he made headlines by wearing a ‘White Lives Matter’ shirt at his fashion show in Paris.

But it’s his shocking antisemitic tweet – following a two-year Twitter hiatus – that has captured the most reactions. 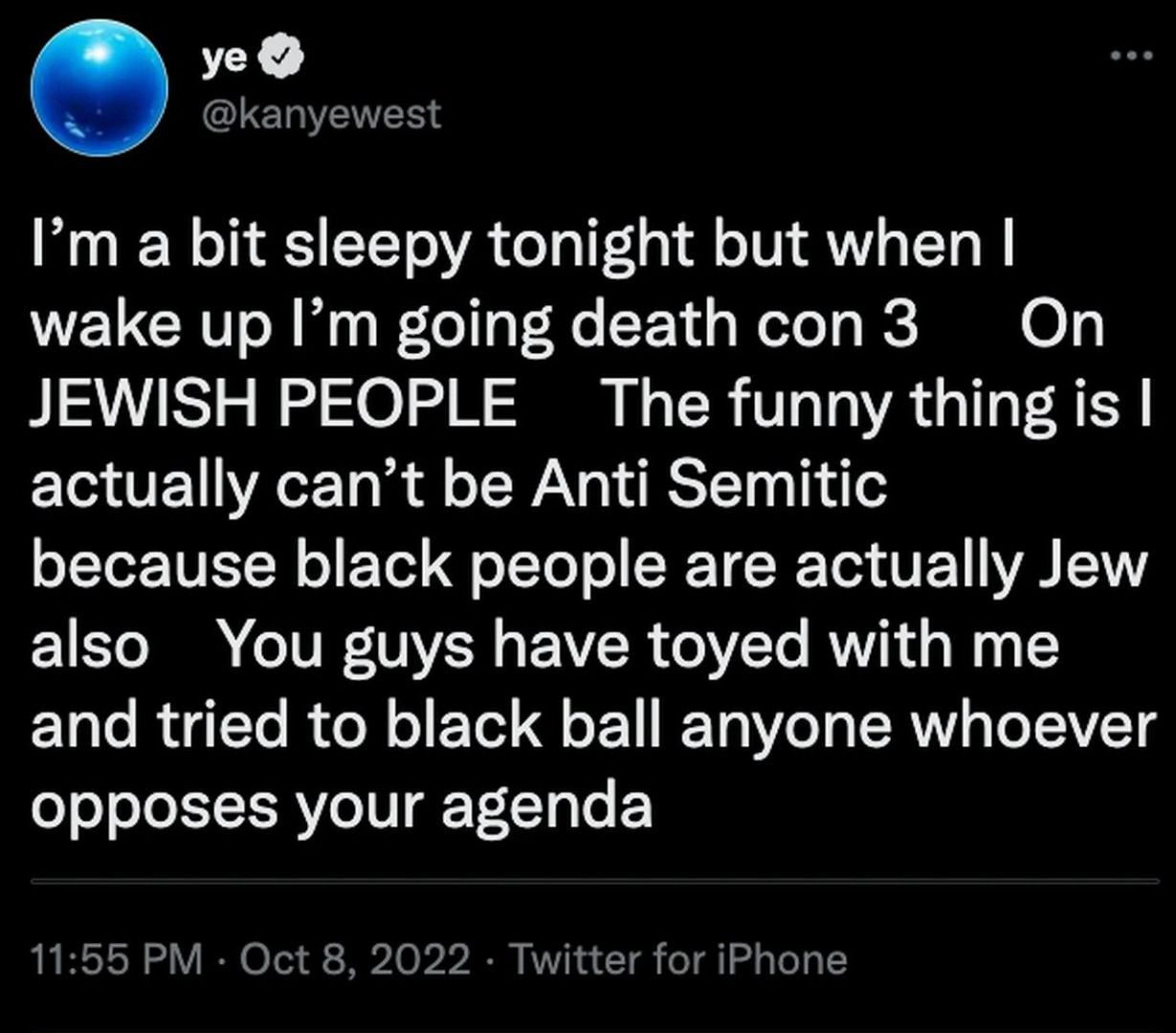 The Anti-Defamation League didn't mince words in its criticism of the message Kanye was sending:

The behavior exhibited this week by @kanyewest is deeply troubling, dangerous, and antisemitic, period. There is no excuse for his propagating of white supremacist slogans and classic #antisemitism about Jewish power, especially with the platform he has.

Meanwhile, actress Jamie Lee Curtis expressed outrage not just about the content of the message, but its timing – coming just days after the conclusion of Yom Kippur, the most important holiday in the Jewish faith.

The holiest day in Judaism was last week. Words matter. A threat to Jewish people ended once in a genocide. Your words hurt and incite violence. You are a father. Please stop. pic.twitter.com/8iFuKwwspw

Entrepreneur Christopher Bouzy urged people not to use mental illness as an excuse for anti-semitism.

Others turned to dark humor:

Unfortunately, Kanye's tweet may be indicative of a larger trend. Incidents of anti-semitism have been on the rise in recent years. From disturbing studies about anti-Jewish sentiment, to incidents of hate caught on camera, Jewish-rights advocates say there is plenty of cause for concern.

In some places, activists are even taking to the streets in security patrols to keep Jewish people safe.

What is your reaction?