A Disturbing Wave of Anti-Semitism

The United States has been rocked by a recent wave of anti-Semitism. Across the country, incidents of threats and vandalism have sparked alarm and forced communities into action. It all started back in January, when Jewish Community Centers began receiving bomb threats. Although no explosives were located, authorities concluded that the threats were part of a coordinated effort of hate and intimidation.

On Monday, another series of bomb threats were called in forcing more evacuations of Jewish Community Centers and schools in cities all around the country. From Miami to Washington D.C. in the east and Los Angeles to Seattle in the west, young children streamed out of buildings as police arrived to search for possible explosives. In all, 100 community centers in 33 states have received menacing phone calls claiming a bomb was planted on their premises. Thankfully, none of these threats have been legitimate. 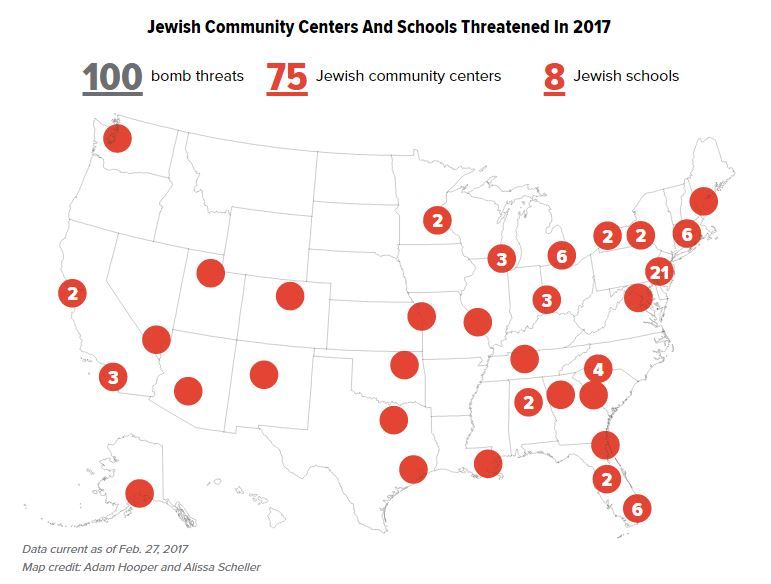 As if targeting community centers and children was not enough, vandals also desecrated two Jewish ceremonies one in St. Louis and then another, just days later, in Philadelphia. In both locations perpetrators knocked down over 100 Jewish headstones, a reprehensible act of anti-Semitism. News of the incidents have left Jewish communities reeling. Now, they seek answers. How could someone do such a thing? Was it simply an act of malice, or was there a deeper message behind the vandalism?

The FBI has opened an investigation, but does not appear to have any leads so far. 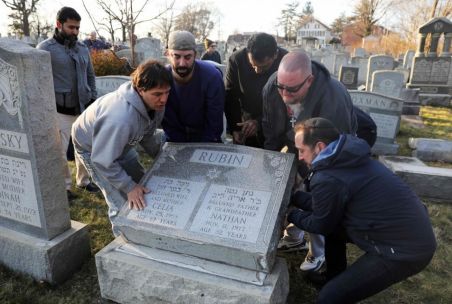 There is one bright spot: these deplorable acts of vandalism have helped to galvanize community spirit and bring various faith groups together. After the incident in St. Louis, a Muslim activist named Tarek El-Messidi heard about the damage and spearheaded an online campaign to raise money for the Jewish cemetery. Within a matter of days over $100,000 had been raised well above the needed amount for repairs.

El-Messidi declared that the extra money would be used for similar causes, in the event of future vandalism. Of course, it was disheartening that the funds would be needed just days later to help another Jewish community. Indeed, any illusions of the vandalism in St. Louis being an isolated incident were shattered when the Philadelphia cemetery was defaced within the same week.

However, local faith groups refused to back down. They quickly sprang to action and worked together to clean up the damage. A diverse group that included Christians, Muslims, and Jews travelled to the Philadelphia cemetery to help with repairs and stand in solidarity against religious intolerance. El-Messidi explained the significance of this cooperation:

"It took a tragedy like this to bring mosques and synagogues together to have dialogues. These two communities that do have so much in common can get to know one another more and collaborate more against this kind of bigotry."

In the tense political climate of today, hate crimes against religious groups frequently make headlines. If the headlines were all you read, though, one might guess that Muslims are the most targeted religious group in the U.S. Many people are surprised to learn that in reality, Jews are the victims of the majority of all religiously-motivated hate crimes in America. FBI statistics show that year after year Jews are targeted with far higher frequency than other faith groups. 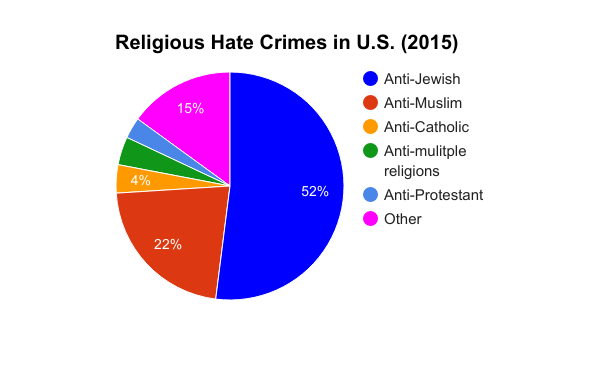 Unfortunately, bigotry and prejudice continue to steer misguided individuals to commit hateful acts. We can only hope that the perpetrators of these recent crimes will be swiftly apprehended. Moving forward, we must be unwavering in our support of all religious groups particularly those who are most vulnerable. Nobody should be persecuted for following their faith.