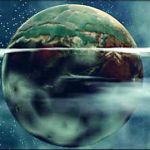 A NASA scientist recently announced that an Earth-like planet may be found as soon as 2014, given the rapid advances in planet-detection technology. Such a discovery may even yield signs of life, a prospect which has stirred up mixed emotions in both the scientific and religious communities. The implications for religious doctrine will be profound, but it will also be a chance for Universal Life Church ministers to ruminate on the remarkable diversity of life in the universe.

The announcement was made by Shawn Domagal-Goldman, a researcher at NASA Headquarters in Washington, D.C. who specializes in astrobiology. "I believe Kepler will find a 'Goldilocks planet' within the next two years," Domagal-Goldman said in a statement. "We'll be able to point at a specific star in the night sky and say, '[t]here it is a planet that could support life!'" It is certainly an exciting prospect, not just for astronomers, but for the Universal Life Church Monastery, too. One mission, called Finesse, would measure the spectra of starlight bouncing off distant planets; another, an observatory called Tess, would study planets in detail within a fifty-light-year-radius of Earth. 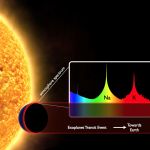 But before we start pondering our place in the universe as ministers ordained online, we need to find the right planet. Astronomers have bagged more than 750 exoplanets to date, but none of these is Earth-like. The search involves various innovative techniques which will increase the likelihood of discovery. One such technique is called transit spectroscopy, in which scientists analyze starlight bouncing off the atmosphere of the alien world on its way to Earth. Different elements reflect a different segment on the electromagnetic spectrum, so scientists will be able to tell whether a planet has, say, nitrogen or oxygen based on the presence of certain wavelengths in the light.

When scientists do gather conclusive evidence an Earth-like exoplanet with signs of life on its surface, it will be a wake-up call for the great religions of the world, which will have to re-think their cosmology. If Jesus Christ visited Earth to save its inhabitants, he would have to visit other planets to save their inhabitants, too, or presumably they would be forced to slaughter animals to appease God to avoid damnation. Taking Judeo-Christian theology to its logical conclusion, the implications are absurd, indeed. However, other religions would embrace the discovery, including nondenominational internet churches, because it would reveal the enormous size and complexity of a magnificent universe.

It will be an exciting and life-changing event for everyone--including those who choose to become a minister--if and when astronomers discover a planet which is not too hot and not too cold to have the liquid water which is believed to serve as the chemical solution for life. If they do find signs of life, it will mean human beings are no longer the center of the cosmos, just as Galileo showed that Earth was not the center of the solar system. Our egoistic self-conception will be smashed--it will truly mean that we are all children of the same universe.