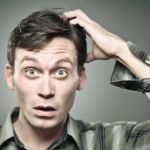 Negative attitudes towards women, blacks, gays, and other marginalized groups might have a new explanation. A recent study suggests that "low-effort" thinking promotes conservative ideology, adding to previous research indicating a link between conservatism and lower IQ levels. It is not a very surprising finding, but it is useful. Such insight will help us as ULC ministers to better understand the mechanism which drives the prejudices and religious fundamentalism of ultra-conservatives like former Republican presidential nominee Rick Santorum.

The study was conducted by University of Arkansas professor Scott Eidelman and his colleagues, and published in Personality and Social Psychology Bulletin. In the first part of their study, they asked people their political viewpoints in a bar and in a laboratory setting. (They tested bar patrons with a breathalyzer and controlled for race, sex, and political identification.) Bar patrons showed higher rates of conservative ideology than sober laboratory participants. The second part of the study showed that participants under cognitive load (pressure to think) reported more conservative attitudes than no-load participants. The third part showed that time pressure also increased participants' endorsement of conservative views, and the fourth part showed that participants asked to endorse views in a cursory matter held more conservative views than those asked to take time to contemplate their views. 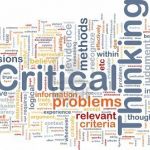 This may be the case for this particular study, but there is other evidence showing that poor cognitive ability might lead to conservatism, or at least use it as a tool for prejudice. A study from Brock University in Ontario published in Psychological Science found that lower general intelligence in childhood predicted greater racism in adulthood via conservative ideology, while poor abstract-reasoning skills predicted anti-gay attitudes via authoritarianism and low levels of intergroup contact. That is, lower IQ levels predicted greater prejudice later on in life via right-wing conservatism.

In short, research shows a link between cognitive ability and conservatism. Sometimes this

conservative ideology results from time constraints, pressure, and other inhibitors which burden the thought processes of an otherwise intelligent and open-minded person, but it can also result from inherently lower IQ levels. Whether a person is smart but frazzled, or simply less intelligent, the consequences of "cutting corners" in higher-level reasoning can be dangerous: they take the form of racism, misogyny, and homophobia, and we all know the ugly social manifestations of these fear-based attitudes.