Obesity: A Problem for Churches to Tackle, Too 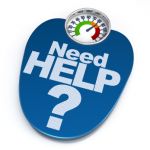 The obesity epidemic in America is more severe than ever. In previous blog entries the Universal Life Church Monastery has discussed the link between health and religion, but this isn't enough. Churches and other religious groups need to take a more active role in battling this epidemic and making a difference in the health and well-being of their community. We can do this by addressing the causes and consequences of obesity.

To address the obesity problem in the United States, we need to take a look at the bigger picture. We can begin by comparing the 1994 obesity rates with those of 2008. As the image below shows, the obesity rate for most states was under 15% in 1994, but by 2008 most states had rates of 25% or above, with a handful in the south topping 30%. This should be a wake-up call for ministers ordained online, part of whose mission is to help the sick in their community. And this includes Christians, for is not the body a "temple of God", and is not gluttony a cardinal sin? 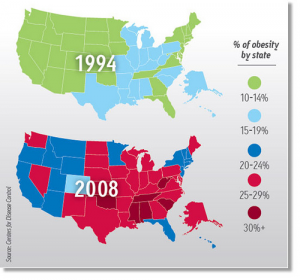 None of this is possible without addressing the causes of the epidemic, one of which seems to be the car-oriented lifestyle of Americans. Policies like the Federal Aid Highway Act of 1956, federal oil subsidies, and the federal government's refusal to raise gasoline tax rates (which have remained at a flat rate of 18.4 cents per gallon and is losing value since it isn't even indexed to inflation) incentivize driving and suburban and exurban sprawl, thanks to the car and oil lobbies. This kind corporate-influenced policy-making may seem unconnected to obesity--let alone the role Universal Life Church ministers and other members of the religious community--but if we take a closer look, we see how it plays a part in the unhealthy lifestyle habits of Americans, and the responsibility ministers have to draw this issue to the public's attention. 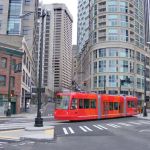 But what are the health repercussions of these incentivized lifestyle habits? According to one study, there is a positive correlation between obesity and the sedentary lifestyle associated with suburban and exurban sprawl, while another study found that 25% of the increased obesity rate during the 1990s was attributable to sprawl alone. There is also a strong correlation between obesity and diabetes, a disease which America spends 2% of its gross domestic product to fight. If there is any reason to get ordained and become a minister, it is to raise awareness about the health consequences of this epidemic.

Obesity and related ailments like diabetes have reached alarming levels in the United States, but there are actions we can take as ordained ULC ministers to reverse this trend. We can do little things like encourage people to walk or ride a bicycle, and if they've been driven away from their homes by crime and urban decay, we can coordinate efforts to allocate more funding for inner-city schools, infrastructure, neighborhood improvements, and smart-growth planning policies. Improving the well-being of our parishioners begins with increasing the livability of our communities--that's what it means to be children of the same universe.

Centers for Disease Control and Prevention