Clergy Members Will Trip On Psychedelic Mushrooms for Science

Researchers at John Hopkins University and New York University have convinced a group of religious leaders to try "magic" mushrooms in the name of science. The researchers will give two dozen priests, rabbis and pastors controlled doses of psilocybin, the active ingredient found in psychedelic mushrooms.

Their theory is that taking hallucinogenic substances will spur deeply religious people to have extraordinary spiritual experiences somewhat akin to the "vision quests" undertaken in some Native American cultures.

"People see incredible things with their eyes closed that are often very, very beautiful," including visions of Jesus. "That seems to happen whether people are of religious training or not. It doesn't seem to be something that's learned."

However, the hallucinogen has never been administered to people with formal religious training before. Perhaps the visions will be even more intense that's what researchers are hoping, anyway.

Should Priests Be Taking Drugs?

Many religions frown upon illicit drug use, even if it's "for science".

Certain religions like Islam and Mormonism ban all intoxicating substances outright. Although most Christians denominations take a softer line on the issue, you'd be hard-pressed to find a pastor or priest that would encourage experimentation with drugs.

Despite the lingering taboo, researchers had little trouble finding volunteers to participate in their study. On the contrary, members of the clergy were eager to partake in the hallucinogenic drug to help investigate his psychological hypothesis.

Some are commending these religious leaders for their brave foray into the unknown. But who knows, perhaps they're just bored. 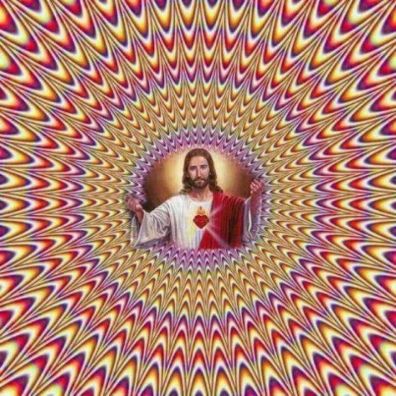 William Richards thinks that there is a very fundamental link between the effects of psychedelic mushrooms and the "mystical" experiences of religion.

He's convinced that, far from being a sinful activity, drug trips can actually be a force for good. Williams thinks it will motivate clergy to pursue meditation and be more in-touch with their compassionate spiritual sides. "They know there is a top up on the mountain, and now they're willing to hike up there," he explains.

If the claims prove to be true, there actually might be a connection between the mind-bending drugs and the way in which people experience religion.

Are Drug Trips a Type of Religious Experience?

It's certainly an interesting idea to consider. Should hallucinogenic drugs prove a reliable avenue to spiritual enlightenment, perhaps more people would consider experimenting with them.

But what would that mean for traditional houses of worship? If someone could get closer to God with a few mushrooms, why bother going to church in the first place? Sitting at home on the couch is certainly more comfortable than hard wooden pews.

How Will the Study Turn Out?

Although there is plenty of hype surrounding this study, the experiment has its share of critics. Some people are skeptical that feeding drugs to religious leaders will produce any interesting results, and could cause lasting mental effects. Others argue that that religion is a strong enough drug on its own what's the point in adding more drugs to the mix?

What do you think? Could "magic" mushrooms really enhance our understanding of religion, or is this just a phony excuse for priests to get high?