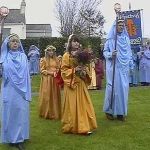 In Britain, there's no such thing as formal separation of church and state, and schools are required to teach religious education (RE) classes. To avoid religious bias, the country has tried to include a diverse range of faiths in RE syllabi. Recently, the Cornwall Council decided to let schools teach about Paganism alongside Christianity, and some Christians have voiced support for the decision. It is a creative way of achieving a balance of perspectives in a nation where religion and politics intermingle, and a fine example of interfaith cooperation.

Unsurprisingly, right-wing, conservative Christians have decried the move, arguing that a Pagan curriculum is a bad idea for many reasons. "[S]chool children are already as familiar with the solstice as with the sacraments", claims conservative Catholic columnist Cristina Odone, adding that "[i]n pockets of Cornwall, children will point out a nun in her habit: 'Look, a Druid!'" while parents shrug indifferently. She asks, "[h]ow long before the end of term is marked by a Black Mass, with only Health and Safety preventing a human sacrifice?" For many ULC ministers these are absurd, ridiculous suggestions, but for people like Odone, teaching about Paganism is redundant because it's already widely accepted, and dangerous because it will inevitably lead to violence and black magic. 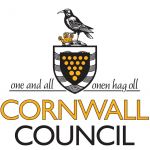 Other Christians have a more open mind about Cornwall's Pagan curriculum, showing a more calm and rational understanding of the place earth-centered religions have in Celtic British culture. "We must celebrate the spiritual and religious heritage of Paganism for our children", said Sue Green, director of education for the Anglican Diocese of Truro. "For many of our schools there will be children who come from Pagan families, and we wouldn't want those children to feel [marginalized]", she said, adding that no school would be forced to teach about Paganism. The Rev. Mike Coles, Baptist pastor of Falmouth Evangelical Church and chairman of the Cornwall advisory council on religious education_,_ argued that it makes sense to develop a distinctly Cornish curriculum which recognizes the Duchy's significant pre-Christian elements. 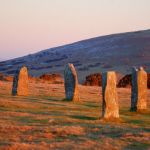 This support from progressive Christians has buoyed existing Pagan efforts to gain greater acceptance and understanding. Fiona MacDonald, co-ordinator of Cornwall's Pagan Federation, told The Huffington Post UKthat Pagans have been campaigning ten years for schools to introduce the new curriculum, saying "[w]e are just normal human beings with different ideas". Importantly, she emphasized that "[i]t is not a question of teaching children Paganism, [but] rather teaching children about Paganism", echoing Green's point above that the curriculum's purpose is to provide a neutral and objective survey of Paganism, not an endorsement of it.

Britain may lack separation of church and state, but its local Standing Advisory Councils on Religious Education have proved capable of demonstrating fairness by increasing the range of religions taught in its RE syllabi, largely with the support of the English Church. It's a lesson in interfaith solidarity for every one of us. Hopefully, one day, the curriculum will incorporate secularism, too.