Britain Recognizes Druidry as a Religion 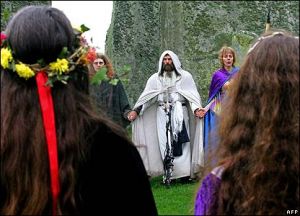 Good news has arrived for British heathens. At least one pagan religion regained its status within Christendom recently when the United Kingdom announced that it had formally recognized Druidry as an official religion. Hopefully the gesture will herald a new era of tolerance for and understanding of polytheistic, earth-based religions, as well as nurture an environment in which these ancient traditions can undergo a re-birth and flourish once again (without the human sacrificing, of course).

For the first time, Britain has classified Druidry as a religion under charity law, according to the national charity regulator. The decision means that Druids may now claim tax-exempt status on donations and enjoy equal status to such religions as the Church of England, the official state church headed by the Queen. The effort was spearheaded by the Druid Network, an organization of 350 Druids who have fought for years to achieve legal status for Druidry. "[The government's move] will go a long way to make [the religion] more accessible", said the organization's chairman, Phil Ryder.

The Druids had fought for five years to be recognized under the semi-governmental Charity Commission and was initially rejected until the commission finally determined last week that the religion meets the necessary criteria. According to Sylvia Hui of the Associated Press, to be recognized as a religion for tax purposes, the commission requires an organization to demonstrate "proof of cohesive and serious belief in a supreme entity and a moral framework". In its determination, the commission stated that "there is sufficient belief in a supreme being or entity to constitute a religion for the purposes of charity law".

But exactly what do Druids believe, and how do they practice their religion? It is crucial to distinguish between the ancient religion on one hand, and the modern one on the other in order to avoid making unfair ascriptions.

Traditionally, they were members of the priestly class of ancient Celtic society, which extended across much of Europe during the Iron Age, and they served as judges, philosophers, mathematicians, prophets, poets, astronomers, and herbalists. The Celts worshipped gods of the sun, the earth, rivers, mountains, forests, thunder, and the ocean, and their priests served as intermediaries between the human and the divine. Many of these beliefs, skills, and practices have been preserved in the modern tradition.

There is contested evidence that the ancient Celts practiced human sacrifice. Some scholars have challenged the accuracy and objectivity of historical accounts of human sacrifice by ancient Greeks and Romans, who saw themselves as superior, but this evidence has been corroborated by archaeological data. Mass graves dating to the Celtic Iron Age have been excavated in Gournay-sur-Aronde and Ribemont-sur-Ancre in the Belgae chiefdom in Gaul, in what is now France and Belgium 1. Jean-Louis Brunaux, who unearthed the sites, judged them to be places of ritual sacrifice to a war god, although fellow archaeologist Martin Brown has argued they are the ritual burial sites of honored warriors 2. Mutilated bodies have also been found preserved in bogs in Lindow, Cheshire, England, and in Ireland 3. So while there is a decent snowball's chance in hell that these were the bodies of honored heroes or robbery victims, there could also have been the bodies of nobles ritually murdered to propitiate some god or ensure a good harvest.

Modern-day Druids, however, might be said to have vastly improved on the superstitions of their predecessors, preserving the more benevolent rituals while forgoing the more violent and barbaric ones; besides, historical polytheistic reconstruction is not necessarily their aim. It might provide some illumination to look at the etymology of the word itself. Druid derives from the Proto-Celtic *derwijes, which probably consisted of derwos "true" and *dru- "tree" combined with *wid- "to know", hence "oak-knowers" or "they who know the oak" 4. These priests are purported to have held trees especially the oak sacred and to remove mistletoe from its branches with a sickle for divination purposes. As ovates (seers), they sought knowledge using the powerfully magical properties of nature. Today, Druids reject propitiation through sacrifice, but preserve traditional divination, bardism, and herbalism in carefully organized rituals, emphasizing sustainability, respect for life, and respect for the environment. 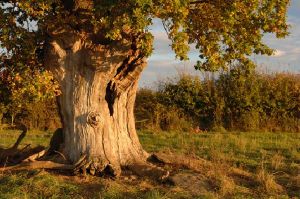 The revival of Druidry stems in large part from a concern for environmental issues, a growing dissatisfaction with mainstream Abrahamic faiths, and a yearning to re-embrace native spiritual roots. Paraphrasing Adrian Rourke, a Druid who also works as a counselor, Hui says the tradition "appeals to people who are turning away from monotheistic religions but long for spirituality in their lives", and the Charity Commission's decision is a crucial step forward in acknowledging this change in worldview. (Incidentally, it also raises questions about the necessary criteria for legal church status.)

As more Christians question the validity of salvation solely through the blood sacrifice of the Christ-avatar, modern-day Druidry, as well as other forms of paganism, will almost certainly shed once and for all its reputation as some devil-worshipping, human sacrificing cult and finally gain the social credibility it deserves as a benevolent, fulfilling spiritual tradition in its own right. (Just like the interfaith online church.)

Visit our Guide to Divinity to learn more about paganism, polytheism, and nature-based religions.