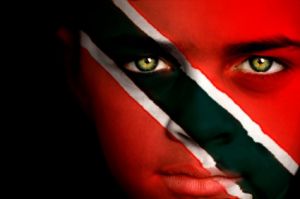 The relationship between slavery and religion is a well-attested one, with Christianity playing a prominent role both in the continuation of slavery and in the abolitionist movement. Every year, the British West Indies celebrate the abolition of slavery in the British Empire, which took place 1 August 1834 (approximately thirty years before all blacks became free in the "Land of the Free"). In remembrance of the suppression of indigenous African beliefs by Christian slave-owners, the people of Trinidad and Tobago mark the occasion with a Blessing of the Ground ceremony, celebrating the survival of native spiritual traditions as a symbol of black freedom from white religious orthodoxy.

The imposition of Christian dogma on slaves forced native beliefs underground, but slaves continued to show a faith in primal religion despite the risk of discovery by their owners. In an attempt at wholesale subjugation, the white man enslaved his fellow man not only physically, but also mentally, using religion as the tool. As Dara E. Healey of Trinidad and Tobago's Guardian explains,

The process of mental enslavement religion is a spiritual weapon, witchcraft, superstition, heathenism, loathsome pagan idolatry[ ]these are just a few of the degrading descriptions of traditional African religion used during the centuries of enslavement.

By preaching with absolute, adamant certainty that the sole path to salvation lay in Jesus Christ (a kindly white man with a chestnut beard, white robe, and red sash), and that eternal torment awaited those who could not believe in the need for a blood sacrifice, white clergy employed spiritual guilt and shame to chip away at the slave's psyche and eventually break her down into a compliant, malleable laborer. But the white, evangelical Christian god was not to be too accommodating only enough to show slaves their sin. "Paradoxically", Healey continues, "while Christianity was introduced both on the African continent and in the diaspora to show the heathens the error of their ways, there were just as many vigorous attempts to prevent them from being able to read the Bible", explaining that,

Learning about a better, whiter god was one thing, but there was real fear that if the enslaved actually began to read the Bible and learnt of the teachings of Jesus, that they would have begun to entertain notions of equality.

Essentially, then, slave-owners would lull their slaves into a stupor with the hope of salvation offered by the white man's god-figure while concealing from them the ideas of equality present in the sacred and religious literature of that very same religion. The message was loud and clear, "While we will show you spiritual salvation, we will deny you earthly freedom."

This clever tactic of intimidation and indoctrination still exists today, with the same goal of wheedling stray sheep back into the flock by preaching that the one and only ticket to heaven is belief in atonement through the crucifixion of Jesus Christ, and that any other path to spiritual salvation is a wicked detour, an insolent and premeditated slap in God's face. Most of these "wayward paths", as Healey notes, are outside the monotheistic ecclesiastical spectrum. In a truly inspiring passage from the evangelical Inspire magazine, dogmatist Dr Don Carson warned Christians at a recent Keswick convention about following a spiritual path not centered on the Christ avatar: 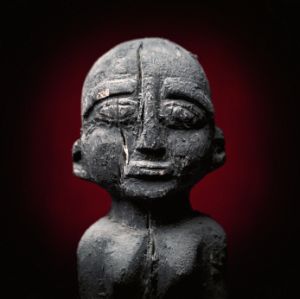 In other words, don't be just robustly doctrinal be robustly doctrinal and emotional. And, on top of that, it is dangerous to pursue spirituality (such as African shamanism) for its own sake. The spokesperson for spirituality (e.g. Jesus Christ) is more important than spirituality itself; the man who says "do good to your neighbor" is more venerable than the actual deed of doing good to your neighbor. But good deeds are beside the point in a religion preoccupied with the doctrines of grace and atonement. The basic message is, "God became a human and committed suicide so that he would not have to torture you for eternity due to the imperfection that he created in you (and blood must be drawn, no matter what), and, folks, the good news is that he won't torture you for eternity if you believe he killed himself for you." Moreover, what is truly ironic about Carson's accusation of idolatry among primal religions is the fact that the fixation on the Christ figure itself constitutes the supreme idolatry an excessive devotion to and adoration of a supernatural figure, all in spite of good deeds.

At the same convention, speaker Jonathan Stephens heightened the irony when he said on the same theme, "It is hugely important that we open our minds to see the Christ-centredness of the whole Bible it is all about Him. How do we improve our holiness? By fixing our eyes on Jesus. If Christ is the centre of your life and your thinking, then your life will be transformed by His grace." In other words, we should open our minds to the idea of closing our minds to every other conduit to spirituality than the holy teacher Jesus Christ of Nazareth. Jesus. Jesus, Jesus, Jesus. Not feeding the hungry, not giving to the poor, not living in harmony with nature. Jesus. Makes one want to break out in song: "Jesus, Jesus, Jesus sweetest name I know. / Fills my every longing, keeps me singing as I go." Following this logic, the man who speaks the message is more important than the message itself, despite the fact that the man was extolling the actual words he spoke, and not himself.

But what does all this have to do with celebrating traditional African religion on Emancipation Day, with the Blessing of the Ground ceremony which marks a primal return to a more holistic spirituality? Perhaps the black community of Trinidad and Tobago, and the other former West Indian slave colonies, seek to liberate their spiritual conscience from a self-styled authority_._ Like other pagans and heathens burdened with the guilt that they have been winnowed out of paradise, they proudly refute the unreasonable doctrine that an earth-centered polytheistic religion which nurtures social stability, coping mechanisms, and a respect for nature, should constitute a malicious threat to some distant, jealous god especially when their god is not so distinct from nature in the first place.