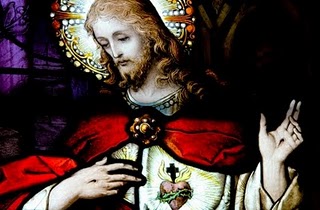 Perhaps no issue is touchier for Christians than the true mission of Jesus Christ and the implications this has for the doctrine of grace. The core doctrine of traditional Christianity is the cornerstone on which the faith whether Catholic, Orthodox, or Protestant depends. It states that Jesus's purpose, as an avatar or incarnation of God, was to come to Earth and be punished in the stead of man, who is intrinsically evil, and who must believe in and accept this sacrifice in order to avoid eternal torment. But a new generation of Christians are examining this doctrine with a more critical eye, boldly asking, why must a perfect and innocent deity whether or not he ultimately rose from the dead be tortured to death in the first place in order to save me from hell?

The question of the status of Christianity as the one, true path to salvation is at the heart of a new book titled A New Kind of Christianity: Ten Questions That Are Transforming the Faith, by U.S. Christian evangelical Brian McLaren. McLaren's controversial and unorthodox view of Jesus was the subject of a recent story by NPR religion correspondent and Fingerprints of God author Barbara Bradley Hagerty. The book challenges traditional notions about what Jesus's mission on Earth really was and the purpose of his crucifixion. As Bradley reports, Southern Baptist Theological Seminary, in Louisville, Ky., held a convention recently to discuss the ideas in McLaren's book and assess any threats it may pose to the foundations of the faith in its traditional form; the response showed a general apprehension over McLaren's ideas. For Southern Baptist theologian Jim Hamilton,"[i]t is a new kind of Christianity that is no Christianity at all", while evangelical author Bruce Ware said, "I've thought of Brian McLaren for years as a wolf in sheep's clothing, but I think in this book, he took the sheep's clothing off". Meanwhile, seminary president Al Mohler argues that if Jesus was not crucified to save man from hell, but merely as a common political and religious rebel, "that's a very interesting chapter of human history, but I'm not going to stake my life on it, much less my hope for eternity."

Younger generations, Hagerty notes, are more open to the ideas in McLaren's book, given that they have grown up with greater interfaith tendencies than their parents and grandparents and have developed intimate friendships with people of different faiths. According to Hagerty, studies conducted by Notre Dame professor David Campbell show that two-thirds of evangelicals under age thirty-five believe non-Christians can go to heaven, while only thirty-nine per cent of those over age sixty-five share this belief. As McLaren observes, "it's really hard to condemn someone to eternal damnation on the basis of their religion when you know them well and have come to love them."

Exactly what is implied by McLaren's claims that they should create such uproar? His conception of Jesus's mission stresses that God did not incarnate to save humankind from hell, but rather to advance a social agenda and create a new world of peace. McLaren uses the three-tier concept of Genesis, Exodus, and the New Kingdom the very thematic structure the Bible itself to explain Jesus's purpose: "Jesus . . . did not come merely to 'save souls from hell.' No, he came to launch a new Genesis, to lead a new Exodus, and to announce, embody, and inaugurate a new kingdom as the Prince of Peace (Isa. 9:6)".

Social and spiritual liberation are the essence of Jesus's message, McLaren argues; however, critics contend that Jesus came to Earth solely to perform a sacrifice on behalf of humankind: "The only reason Jesus came was to save people from hell . . . . Jesus had no social agenda . . . . [He didn't come to eliminate poverty or slavery or] . . . fix something in somebody's life for the little moment they live on this earth." In response to this bold claim, McLaren poses a rhetorical question:

Now what could possibly cause this earnest and educated Christian to assert that Jesus had no agenda regarding poverty and slavery? What could motivate a dedicated Bible teacher to minimize horrible social realities as minor inconveniences or pet peeves 'something in somebody's life for the little moment that they live on this earth'? How could a pious and devoted believer ignore all of Jesus's [own] words about the poor, all his deeds for the poor and oppressed, beginning with his first public sermon, in which he quoted Isaiah 61?

This argument emphasizes good deeds and social justice activism over a blood sacrifice for undeserving sinners who are too stupid and evil to govern themselves, and it is this that threatens to undermine the deeply cherished doctrine of grace. McLaren seeks to challenge the centrality of this compulsory blood-price, which merely substitutes human for animal sacrifice in order to propitiate a war god in this case, Yahweh: "The view of the cross that I was given growing up, in a sense, has a god who needs blood in order to be appeased . . . . If this God doesn't see blood, God can't forgive."

So what was Jesus Christ's true mission on Earth, and how do we find it out? Is the propitiatory blood-price of an innocent the most important thing, and should those who cannot accept this go to hell, or was spiritual and social liberation, a new humanity on earth, the main point? We are more than glad to invite our ministers to participate in this discussion and share their views.